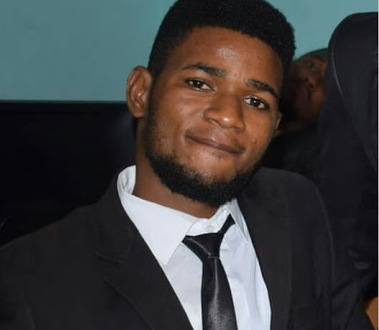 His body was found dangling from the roof of his room at Ekosodin Community in Ovia North-East Local Government Area of the state.

On February 1, the 500 -level student in the Department of Computer Engineering successfully defended his Industrial Training. His classmate, Emefeke Raphael posted photos after the defence and wrote:

“It was a successful industrial Training Defense at the Faculty of Engineering, Department of Computer Engineering University Of Benin. 500Level (Final year) can now take a swift flow. All Glory to the almighty God” 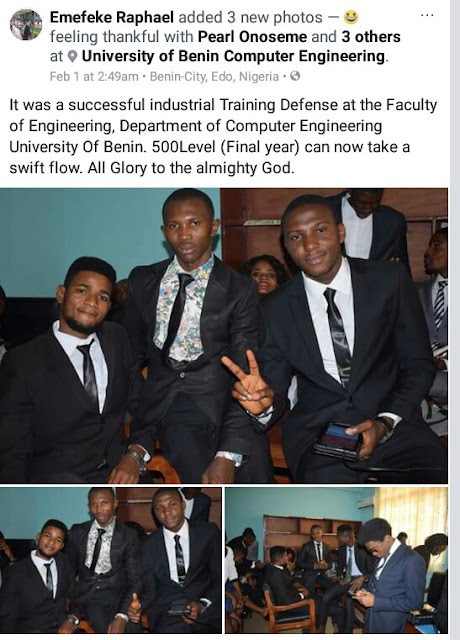 Confirming the incident, the Public Relations Officer of the University, Michael Osasuyi said that the deceased was a first-class student.

“He hung himself. His father came to see him and that was how it was discovered that he hung himself. The information that got to us was that he was a bright student , a first-class student.”

Osasuyi urged students, no matter what they might be experiencing, to be bold enough to speak out.

It was gathered that Adams was spotted at his department where he submitted an assignment , before he returned to his hostel on that fateful day. Some of his friends were said to have suspected that something had gone wrong when they could not access his room while he was inside . 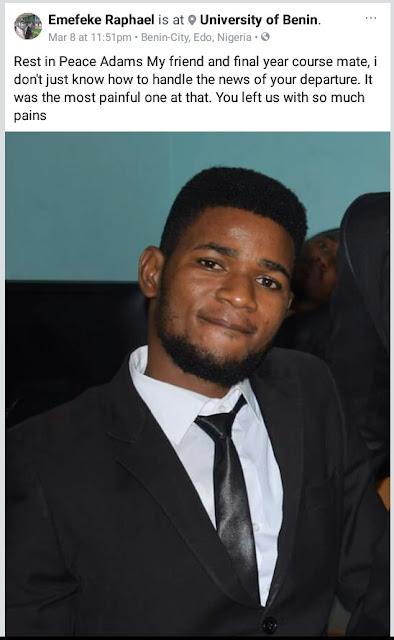 Previous Pastor Dupes Bedridden Brother, Lover Of Over N17m
Next Immigration Scare: Nigerian Student Jumps To His Death In Malaysia