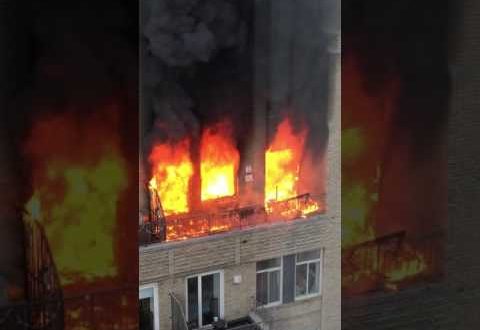 An early morning fire in Bukuru metropolis of Jos South LGA of Plateau State has claimed a family of five, Dailytrust reports.

Plateau State Police command said, Sunday morning, that a 35-year old man, his wife and three children died in the incident and have been buried according to Islamic rites.

Police Public Relations Officer, ASP Tyopev Terna, described the incident as unfortunate, saying the community failed to contact the police or fire service early at the time of the incident.

However, an elder of the community, Alh. Baba Bala Mohammed, said the couple had four children and one of their daughters who had slept over at a relative’s house is the only surviving member of the nuclear family.

It was gathered that the fire was as a result of an explosion from a cooking gas but ASP Terna says investigation is ongoing.