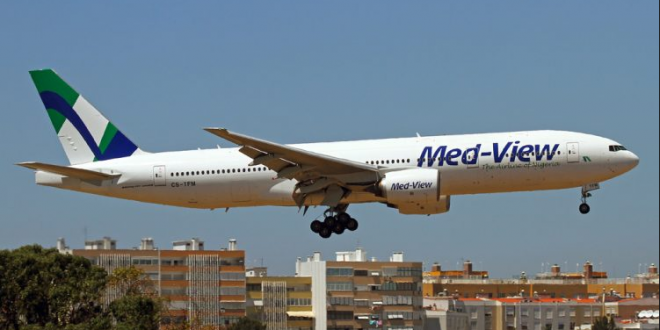 Medview airline has sacked over 100 of their staff.The airline served the dismissed staff their letter of disengagement last week Friday October 5th.

The disengaged staff were being owed six months salaries asides allowances before they were disengaged last week Friday.

”Letter of disengagement, you would be reconsidered for employment when the situation improves” part of the letter reads

The airline asked the disengaged staff to return all the company items in their possession including their uniforms and cabin shoes.

The aggrieved staff stormed the company office yesterday to demand the six months salaries owed them as well as their allowances.

There are specualtions that the airline is having financial crisis.

Previous Workers Disappointed Over New Minimum Wage
Next Atiku fires back at Buhari, says nobody can know the President more than his wife