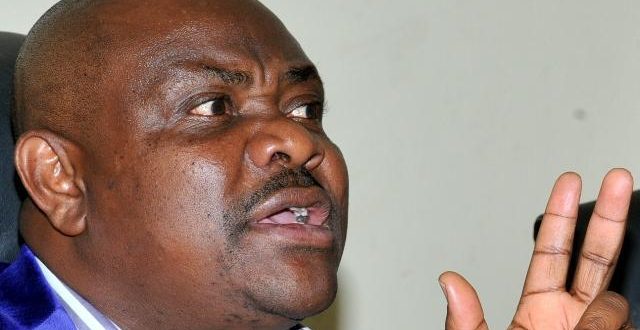 Rivers State Governor, Nyesom Wike, alleged on Sunday that the APC-led Federal Government may soon begin what he calls “the intimidation” of 200 judges, especially those in the federal judiciary.

He said such judges are those that the Federal Government has deemed “uncooperative.”

Wike said that strategic and credible intelligence intercepted by him revealed that a federal minister told a gathering that, following the “destabilisation of the Supreme Court,” the next target would be the Court of Appeal and Federal High Court.

The governor, who spoke during the central healing service of the Greater Evangelism World Crusade in Port Harcourt, alleged that the APC Federal Government had collected the assets declaration forms of 200 judges from the Code of Conduct Bureau for the “planned mass onslaught.”

“I intercepted a discussion by a minister of the Federal Executive Council where he was telling a gathering that they were happy that they had dealt with the Supreme Court.

“The minister said that the next set would be the Court of Appeal judges and the Federal High Court judges.

“The minister said any judge that fails to cooperate will face trumped-up charges and be compelled to resign.

“This APC Federal Government has gone to the Code of Conduct Bureau to get the asset declaration forms of 200 judges.

“Any judge that fails to follow their evil plot will be harassed with false allegations and persecution,” Wike said.

He stated that the Federal Government would generate several false allegations “to compel upright judges to resign from the Bench.”

Wike called on the Church to pray for the federal judiciary to survive the siege, describing it as “deadly.”