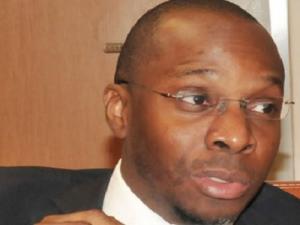 FG Get N204bn From VAT In Three Months

The National Bureau of Statistics (NBS) said that Nigeria  generated the sum of N204.77 billion as Value Added Tax (VAT) in the first quarter of 2017.

VAT is a consumption tax that is placed on a product whenever value is added at a stage of production and at final sale.

The NBS stated this in a Sectorial Distribution of VAT Data for first quarter of 2017, published by the bureau on Tuesday in Abuja.

According to the report, the decline in the amount generated represented 1.25 per cent decrease quarter-on-quarter.

The bureau stated that other manufacturing sector generated the highest amount of VAT with N28.73 billion generated.

It stated that it closely followed by Professional Services and Commercial and Trading, both generating N20.82billion and N12.89billion  respectively.

The bureau stated that Mining generated the least, and was closely followed by Local Government Councils and Textile and Garment industry with N35.07 million, N99.84 million and N230.89 million respectively.

It further stated that out of the total amounted generated in the first quarter of 2017, N126.64 billion was generated as Non-Import Value Added Tax locally.

The bureau, however, acknowledged the contributions of its strategic partner, the Federal Inland Revenue Service (FIRS), and technical partner, Proshare in the design, concept and production of the publication.