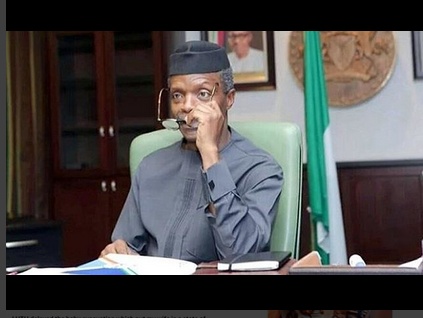 The 10-man working committee constituted few days ago by the National Economic Council to end attacks by herdsmen has decided that every state should, by a rigorous consultative process with all stakeholders, design its own solutions.
The committee, headed by Vice President Yemi Osinbajo, comprises the governors of Zamfara, Kaduna, Adamawa, Benue, Taraba, Edo, Plateau, Ebonyi and Oyo States.

A highly placed Presidency official privy to the activities of the committee, revealed to State House correspondents on Sunday that the committee had resolved that the FG would not impose any solution on any states.

The official disclosed that Osinbajo, at a recent meeting of the committee, assured that the FG would certainly not impose its ideas on the states.

The official said the vice president noted that fears being expressed on the cattle colonies proposed to establish by the Federal Government were misplaced.

He said the committee also resolved that decisive military force be fully engaged to deal with bandits “behind the killings in parts of the country especially regarding the crisis often associated with herdsmen.”