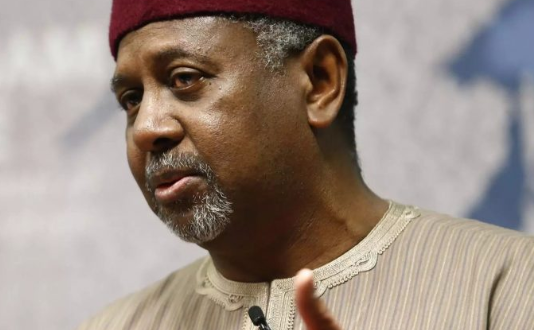 On Tuesday, the Federal Government displayed rifles, ammunition, and other items recovered from the Abuja

The items were displayed by Williams Obiora, an operative of the Department of State Security Services, (DSS),

vault and a Range Rover vehicle. The DSS operative told the court that they were recovered during a search 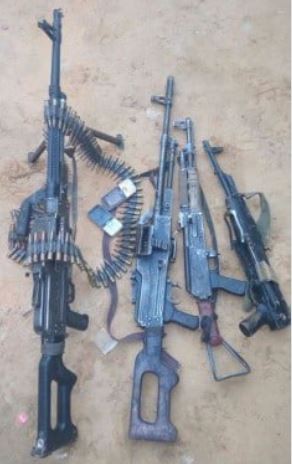 According to the witness, the DSS team arrived Dasuki’s house on July 16, 2015 with a search

warrant but was prevented from entering by armed soldiers guarding the house. He said that it

was not until on July 17, 2015 when an order came from the army authority that the soldiers

should allow the DSS to access Dasuki and his residence to carry out the search.

headquarters of the DSS.

The witness, who testified behind a curtain, further informed the court that at the end of

the search, Dasuki signed the search warrant as evidence that all the items listed were

recovered from his house. He said that Dasuki’s witness, one Bello Fadile also countersigned

while the leader of the team signed for the DSS.

Joseph Daudu, (SAN), counsel to Dasuki, prayed the court for an adjournment to enable him

to prepare to cross-examine the witness. The prosecutor did not oppose and the judge,

Justice Ahmed Mohammed, adjourned the matter until June 25 for cross-examination

of the witness and continuation of trial

Previous “My Sister Was Killed For Ritual Purposes” – Brother Of Lady Murdered By Boyfriend In Lagos Speaks
Next Man, 32 Rapes Sister-In-Law In Lagos