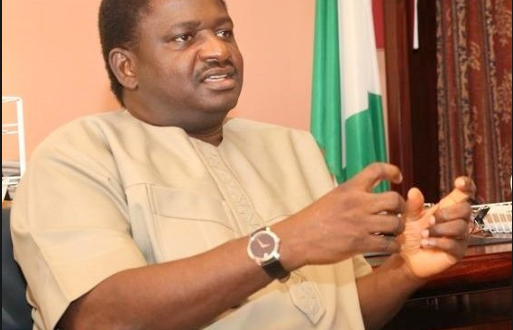 Femi Adesina: Buhari Prefers UK Treatment Because He Can Afford It

Mr Femi Adesina, Special Adviser to the President on Media and Publicity, says his principal prefers being treated abroad because he can afford it.

President Muhammadu Buhari is currently abroad for medical check-up and there have been reactions to this.

The Peoples Democratic Party (PDP) has accused Buhari of wasting taxpayers’ money on his health while some critics have said the president ought to be treated within the country.

But speaking on Channels TV, Adesina said the president has been receiving medical treatment from the same team of doctors for about 40 years, and they have his medical profile.

“It is advisable that he continues with that who knows his medical history and that is why he comes to London to see them.

“He has used the same medical team for over 40 years. Once you can afford it, then stay with the team that has your history.”

Adesina also mocked the PDP for saying Buhari has turned the Presidential Villa to APC headquarters.

Governors elected under the opposition party had accused the president of hosting too many meeting of his party at the villa.

But Adesina, who said the PDP is losing grounds and its ranks are depleting, added that its member will say anything “illogical and inconsequential”.

He said past PDP presidents held many party meetings at Aso Rock.

“We were in this country when President Obasanjo was in power and the BOT meeting of the PDP used to hold at the presidential villa.”

“We were here when President Yar’adua when President Jonathan was there, they held meetings at the presidential villa. What are they talking about really?

“When APC dwindles from 24 governors to 19, do you hear a whimper from PDP one day rejoicing? It is all because they are losing ground that they are saying all these things. It is the way of politics.” 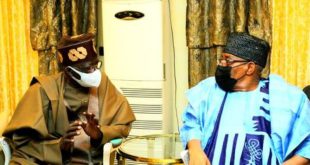