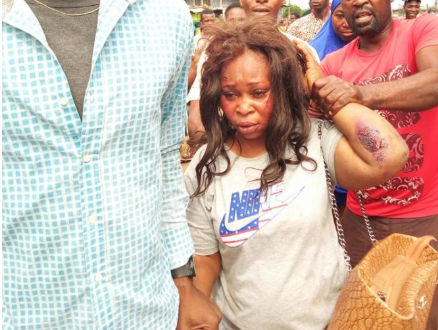 Spread the love
A suspected kidnapper was beaten black and blue after she was allegedly caught trying to steal a 2-month-old
baby in Imo state.

According to online reports, the mother had just finished breastfeeding and lay the baby down to rest when

the suspected kidnapper carried the child and began walking away. But the mother noticed what was going

on and raised alarm.

The incident took place on Monday, November 19, 2018, at the  Mammy market in Obinze, Owerri West,

A crowd gathered and beat up the alleged kidnapper before handing her over to the police. 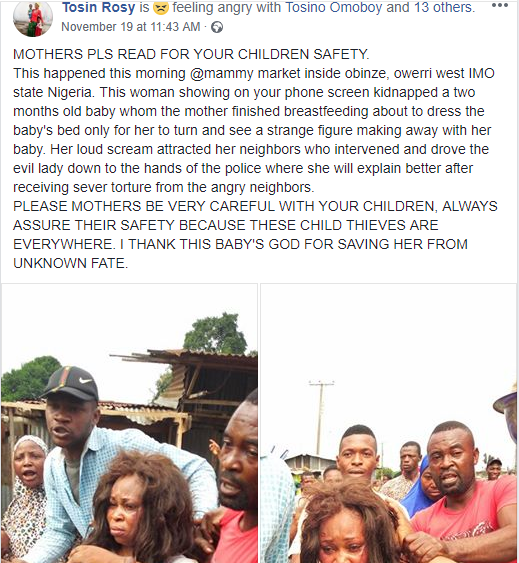 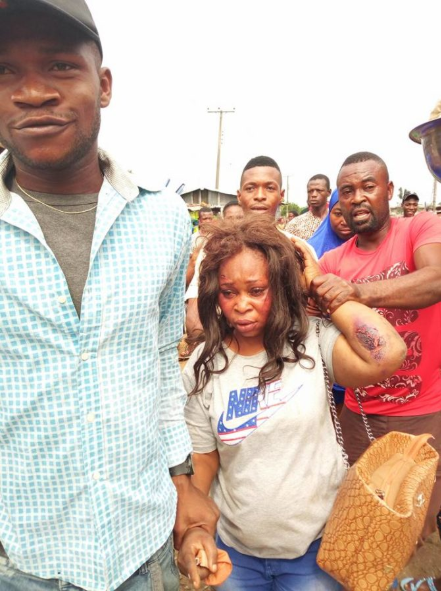 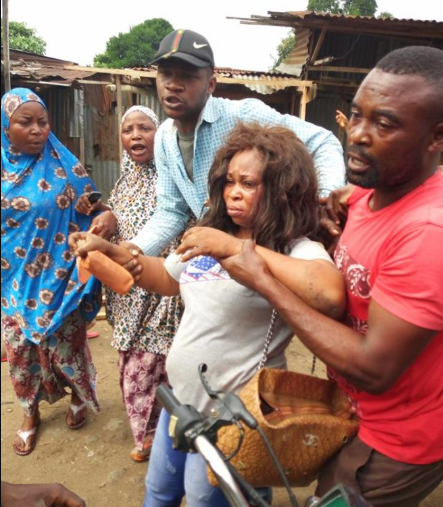