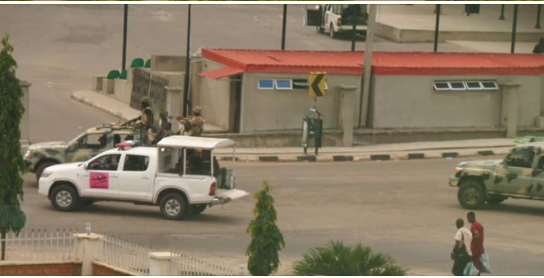 Isaac Fayose, brother to Governor of Ekiti State, Ayodele Fayose, has cried out that all mobile lines of the governor have been blocked by the Federal Government and 1,000 Security officials blocking the Government House in Ekiti State.

‘We fear our lives, and the life of the Governor because they want to kill him. All the Television Stations and Radio Stations in Ekiti State have been shut down!!!! Media houses have been compromised . Please help us to share this message to people that can help us. We are all in danger!!!! Please don’t let Gov. Fayose die’ he wrote.