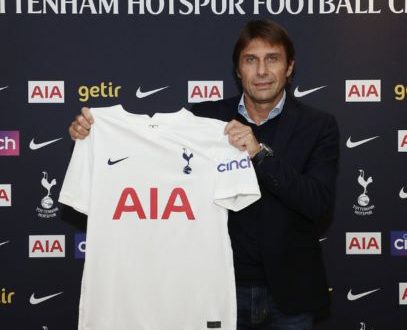 TOTTENHAM somehow managed to mess up the announcement of Antonio Conte as their new head coach.

Pictures of him holding a Spurs shirt were leaked on social media, with the club themselves then posting the news on their Twitter account before swiftly deleting it

The club soon after made the announcement official, but by then Tottenham fans were in utter embarrassment while rivals found it hilarious.

One said: “Spurs even bottled the Conte announcement lmfao.”

Another said in disbelief: “No way the admin has messed up the big Conte announcement.”

Meanwhile, one gutted fan begged for Conte to come to Spurs’ rescue, tweeting: “Tears. We’ve even bottled the announcement. Please save us Antonio.”

Some could do nothing but laugh as a rival joked: “Only Spurs could sign someone like Conte and absolutely f*** the announcement.”

The Italian has put pen-to-paper on an 18-month contract at the Tottenham Hotspur Stadium, with an option to extend.

The former Chelsea, Juventus and Inter boss has reportedly signed a deal worth £15million with the North Londoners.

And he told the club’s official website: “I am extremely happy to return to coaching, and to do so at a Premier League club that has the ambition to be a protagonist again.

“Tottenham Hotspur has state-of-the-art facilities and one of the best stadiums in the world.

“I can’t wait to start working to convey to the team and the fans the passion, mentality and determination that have always distinguished me, as a player and as a coach.

“Last summer our union did not happen because the end of my relationship with Inter was still too recent and emotionally too involved with the end of the season, so I felt that it wasn’t yet the right time to return to coaching.

“But the contagious enthusiasm and determination of Daniel Levy in wanting to entrust me with this task had already hit the mark. Now that the opportunity has returned, I have chosen to take it with great conviction.”

According to football.london Conte will NOT take Spurs training today as he waits for a work permit.

It’s not yet clear whether the paperwork will go through in time for him to take charge of Thursday’s Europa Conference League clash against Vitesse.