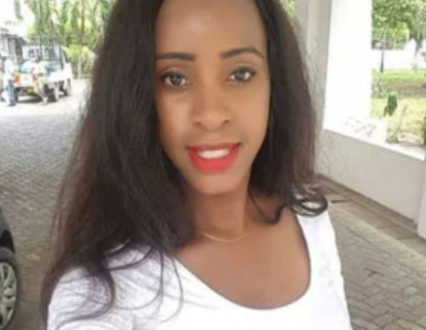 A family in Nairobi is in mourning following the death of a woman after a botched breast augmentation surgery in Karen.

Juliet Wanza Mulupi died of sepsis. The procedure was carried out by an unidentified surgeon in his office last week, reports the Star.

Wanza was discharged after a seemingly uncomplicated surgery but developed severe abdominal pain that worsened.

The mother of three was taken to the Nairobi Hospital for review on Wednesday and was immediately admitted to the High Dependency Unit, then the ICU.

Medics discovered that her intestines had been cut or punctured in the first surgery, apparently during a fat transfer augmentation. Her blood pressure was dangerously low.

“Because her intestines were cut, all the waste was seeping out and spreading inside the stomach. That caused an infection called sepsis. Doctors battled to save her life on Friday but she died from the infection,” a family member told the Star on Monday.