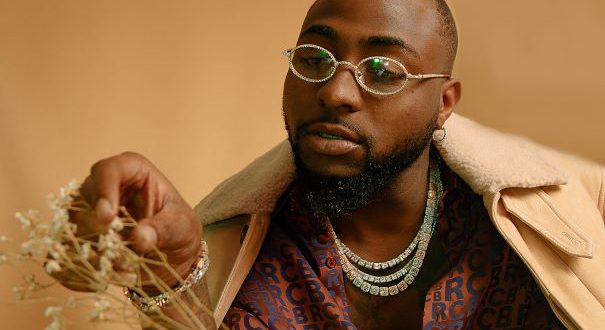 Popular Nigerian singer, David Adeleke popularly known as Davido has slammed his cousin over his interest in contesting in the Osun State governorship election against his uncle, Senator Ademola Adeleke.

The Aye crooner took to his Twitter page on Tuesday to share a photo of his cousin holding a clearance certificate from the Peoples Democratic Party.

He wrote, “Wonderful! Me I finished uni with a 2:1. But it’s now cousin dele who struggled to even get a 2:2 that is now forming “intellectual”. Intellectual that has not succeeded in building one single thing in his life on his own. This life ehn! Osun beware of FAKES!”(sic)

Kemi Afolabi Thanks Colleagues For Help During Crisis

Dele Adeleke, is Davido’s cousin and he is trying to contest with his uncle, Ademola Adeleke for the party’s ticket ahead of the Osun 2022 governorship election.

In a recent interview, Mr Dele Adeleke declared that he is more competent than his uncle and that the family relationship should not affect his desire to become the next governor of Osun State.

A user of the microblogging platform @Topboychriss wrote, “Family feud. They should settle. Dele Adeleke said on channels TV that PDP lost Osun Guber because of the candidature of Ademola Adeleke. I’m sure that why Davido is attacking him for forming intellectual.” (sic)

Also the Twitter user, @Tunde4L said, “If he can do that to his own uncle who saw him through school, Osun people should be wary of people like Dele Adeleke.”(sic)

Moreso, @Adebambo_A tweeted, “It’s like David no know say coming online to wash his cousin is like more popularity for the cousin. He should know more about publicity though, he just gave the Dele Adeleke more popularity.”(sic)

While commenting on the issue, @dontee_ “ tweeted, “I hate how politics do destroy families. People won’t understand what @hartng did by stepping down for his brother. Dele Adeleke was raised and empowered by Dr Dej in Adeleke. See how Davido is dragging him in the mud. This is not good, it’s heartbreaking.”(sic)