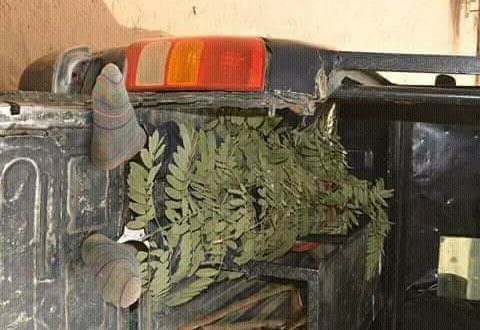 An armed robber was killed after a failed robbery operation in Sharada area of Kano state.

According to reports, the deceased along with other gang members posed as staff of Power Holding Company of Nigeria (PHCN) in order to gain access into the lady’s house….

The robbers reportedly asked the woman for her electricity bill and in the process of getting that, they robbed her of all her valuables including her phone and laptop.

One was caught and killed in the process while the rest fled.

The corpse of the dead robber was evacuated by the police.