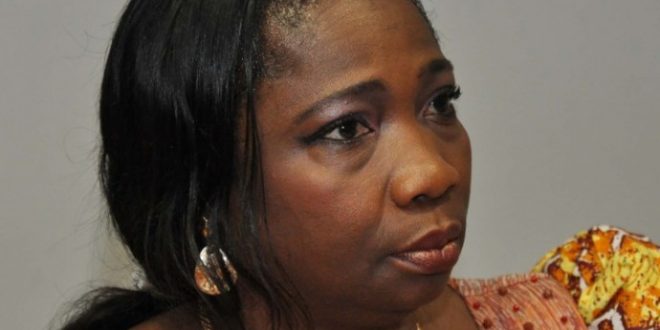 Fake MLK Award to Buhari: Presidency urged to arrest Abike Dabiri and others

The Peoples Democratic Party (PDP) has called for the immediate arrest of Senior Special Assistant to the President on Foreign Affairs and Diaspora, Abike Dabiri-Erewa and other Presidency officials for the embarrassment caused the nation by the false claim that the family of human rights activist, Martin Luther King Jr, conferred an award on President Muhammadu Buhari.

In a statement issued by National Publicity Secretary, Kola Ologbondiyan, Thursday PDP said “While we urge the presidency to shed its proclivity for lies, we demand the immediate arrest, investigation and prosecution of all the presidency officials involved in this messy scandal and crime against our nation.

Mrs. Dabiri-Erewa has been alleged to be the brain behind the procurement of the award. According to the LeadersNG report, she facilitated the award through a Ghanaian self-acclaimed foreign diplomat, Dr. Erieka Bennett.

The online newspaper further alleged that Bennett was contracted by Dabiri-Erewa to bring Martin Luther King Jnr’s family to Nigeria to present an award to Buhari.

It added that Bennet contacted someone in King’s family, a distant relative of Martin Luther King called Dr. Naomi Barbara, “after The King Center declined earlier request by Bennett to influence an award for a certain African leader.”

“It is now clear that this sinking, incompetent and deceptive APC administration, in their desperation, can fabricate and stage-manage anything, including name-dropping of international figures and agencies, in their desperate attempt to delude Nigerians, once again, now that the 2019 general election is fast approaching.

“Nigerians have discovered that having failed to gain any endorsement from reputable international figures such as Bill Gates, the APC and the presidency have now cheapened the country by resorting to this despicable act of name-dropping of world-renowned human right activist, Dr. Martin Luther King jr, further dragging down our once sterling image before the comity of nations.”

PDP said the fact remains that not many Nigerians believed in the authenticity of the award in the first place, as the Buhari-led administration, by its undemocratic and anti-people proclivities, including records of violations of rights of citizens, is not deserving of any form of recognition by any human rights group, let alone the family of the world-acclaimed Martin Luther King jr.

“Today, the PDP has been vindicated in its stand that the APC government is not only hypocritical but overtly deceptive and must not be trusted.

“It would be recalled that we had issued a statement, earlier this year, cautioning Nigerians and the international community to be wary of information and claims coming from the APC and the Presidency, particularly on endorsements and performances indices.

“While we urge the presidency to shed its proclivity for lies, we demand the immediate arrest, investigation and prosecution of all the presidency officials involved in this messy scandal and crime against our nation.

“Moreover, the presidency and the APC should save the nation further embarrassment by jettisoning other planned endorsement stunts and fabricated performance indices, as Nigerians are already rallying with the repositioned and rebranded PDP in their collective quest to end the misrule of the APC and restore a sincere, purposeful and people-oriented government come 2019,” it said

Charles Igbinidu is a Public Relations practitioner in Lagos, Nigeria
@https://twitter.com/ionigeria
Previous Pope Francis did not say there is no hell – Vatican
Next Oba Of Benin To Pay Libya Returnees Stipend