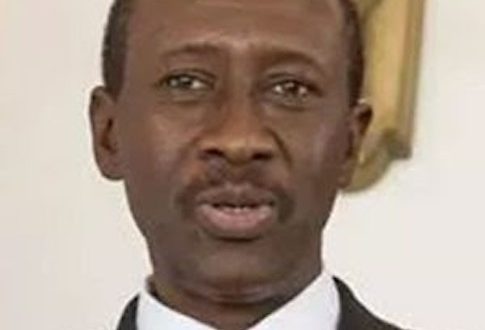 The NSA also said most contemporary security problems facing the country and the Lake Chad Basin Countries (LCBC) are influenced and heightened by external factors in the global environment.

He stressed that most of the serious security threats are transnational threats of terrorism perpetrated by the ISWAP and members of Boko Haram terrorists.

Monguno said this while delivering his speech at the ongoing Peace Summit in Paris, France,

Monguno said, ”The threats of terrorism and violent extremism have continued to place a significant security burden on the African continent, particularly in the Sahel.

”Apart from Somalia in the Horn of Africa, the most prominent acts of terrorism are perpetrated in the West African environs, particularly Mali and Nigeria.

”Specifically, it is necessary to state that the splintering of the Boko Haram Terrorist (BHT) group into the Islamic State West Africa Province (ISWAP) created additional stress for Nigeria and the Lake Chad Basin Countries (LCBC).”

He explained that global trends indicate that various factors create concerns such as rapid population growth which puts tremendous pressure on states to compete for energy, water, and food to support life and economic and societal development.

The NSA added that a growing cyber awakening in which perceptions of inequality and other grievances are heightened, leading to social tension and conflicts.

Monguno noted that a continuation of ideological extremism, driven by religious or ethnic differences; and climate change that could prompt shifts in agricultural patterns and food production likely to trigger humanitarian crises, if not appropriately addressed.

According to him, all these global security challenges have the potential to undermine national security and by implication national development.