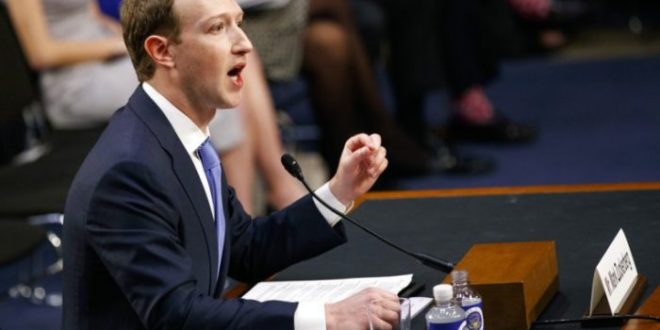 Facebook experienced one of the worst outages in its history on Monday, leaving users around the world unable to access its platforms, including Instagram and WhatsApp, for several hours.

By late on Monday, the services were slowly coming back online, with the company apologizing for the extended disruption.

“To the huge community of people and businesses around the world who depend on us: we’re sorry. We’ve been working hard to restore access to our apps and services and are happy to report they are coming back online now,” Facebook tweeted.

In a later blog post, it said faulty configuration changes on its routers were the root cause of the nearly six-hour outage.

Facebook said it had “no evidence” that user data was compromised.

Facebook, Instagram and WhatsApp became inaccessible for large numbers of people at about 5pm UK time (12pm ET), with Downdetector.com citing reports of problems from millions of social media users around the world. A map on the site showed, for instance, reports of outages.

In a blog post, Downdetector said the outage was global and the largest it had ever seen. “Facebook is currently experiencing a rarely seen global outage that is taking out Facebook, Instagram, WhatsApp and Facebook Messenger.” As of 1pm PDT, Downdetector said it had seen more than 10.6m problem reports from around the world, with the majority coming from the US, Germany, the Netherlands and the UK.

The outage affected potentially tens of millions of users, organizations and businesses, highlighting the widespread global dependency on Facebook and its platforms. Countless websites and applications use Facebook’s advertising network, one of the largest in the world, meaning effects from the outage extended far beyond the platform’s users, Luke Deryckx, the chief technology officer for Ookla, wrote in the Downdetector blogpost.

The trouble began on Monday as users around the world opened WhatsApp, Instagram and Facebook to error messages that remained for hours.

Users attempting to open Instagram were greeted with an error message, while Facebook failed to load or said: “Sorry, something went wrong.” On Twitter, WhatsApp said: “We’re aware that some people are experiencing issues with WhatsApp at the moment. We’re working to get things back to normal and will send an update here as soon as possible. Thanks for your patience.”

The outage forced the company to turn to Twitter to release its public statements. Around 5pm UK time, the Facebook spokesperson Andy Stone tweeted: “We’re aware that some people are having trouble accessing our apps and products. We’re working to get things back to normal as quickly as possible, and we apologise for any inconvenience.”

WhatsApp, Instagram and Facebook, meaning that stores, restaurants and delivery services lost money on Monday, the New York Times reported. The owner of a food delivery service in Delhi told the newspaper: “My whole business is down.”

The disruption of WhatsApp was particularly challenging for millions of people around the world who rely on the platform as their primary communication method with friends and family. “It’s like the equivalent of your phone and the phones of all of your loved ones being turned off without warning. The app essentially functions as an unregulated utility,” the journalist Aura Bogado wrote.

Mark Zuckerberg apologized for the outage on Facebook once the website was back online, but did not provide an explanation. “I know how much you rely on our services to stay connected with the people you care about,” the CEO said.

Experts initially said the problem appeared to have been related to the company’s internal infrastructure. Facebook engineers responded to a company data center in California to fix the outage, which also disrupted internal systems employees use for work, the Verge reported.

There was no evidence that the issue was caused by malicious activity, the Associated Press reported, and experts have said the outage, which saw Facebook and its services essentially “disconnected from the internet”, could have only originated from within the company.

Adam Leon Smith, of BCS, the Chartered Institute for IT and a software testing expert, said: “The outage is caused by changes made to the Facebook network infrastructure. Many of the recent high-profile outages have been caused by similar network-level events.

“It is reported by unidentified Facebook sources on Reddit that the network changes have also prevented engineers from remotely connecting to resolve the issues, delaying resolution.

“Notably, many organisations now define their physical infrastructure as code, but most do not apply the same level of testing rigour when they change that code, as they would when changing their core business logic.”

According to reports, part of the problem was with the DNS, or domain name system, which turns website names such as theguardian.com into numeric addresses that can be understood by machines. These allow the users’ computer to connect to the destination web server and the website users are looking for.

“It is rumored to be a border gateway protocol problem. This is something worth noting. It might be really hard to get into a router and change the route tables from outside the organization, but inside, it’s a piece of cake,” Renee Murphy, a principal analyst at Forrester, said in an email. “If it really is a BGP problem, that is a big problem. This is not something that should ever happen at a company this sophisticated with this much data.”

The journalist Sheera Frenkel, the author of a recently published book about Facebook, said the network outage was so severe that Facebook staff had been unable to enter their own company buildings because their passes were not working.

Monday’s outage is the first serious incident for Facebook since 2019, when it suffered a series of failures, including on 13 March, when some users around the world could not access Facebook, Instagram and WhatsApp for more than 24 hours.

The incident capped a rocky few days for the social media company. On Sunday, the whistleblower Frances Haugen, a former Facebook employee, accused the company of putting profit over safety in a major TV interview. Shares in Facebook, which has nearly 2 billion daily active users, opened lower after Sunday’s interview and slipped further to trade down 4.9% in afternoon trading on Monday. They were on track for their worst day in nearly a year, amid a broader selloff in technology stocks on Monday. Mark Zuckerberg’s net worth fell by more than $6bn on Monday, Bloomberg reported. The Facebook CEO’s worth has dropped from $140bn to $121.6bn in recent weeks.

Haugen, 37, spoke with the 60 Minutes news program after coming forward as the person who had leaked a cache of internal documents that have placed the tech firm in its worst crisis since the Cambridge Analytica scandal. She is due to address US lawmakers in Washington on Tuesday, where she is expected to push for greater oversight of the company.

Charles Igbinidu is a Public Relations practitioner in Lagos, Nigeria
@https://twitter.com/ionigeria
Previous No sign of slowing down for Zlatan Ibrahimovic at 40. His amazing car collection, from a fleet of Ferraris, including a £1.4m Monza to stunning £650k Porsche
Next Sir Alex Ferguson overheard criticising Solskjaer for benching Cristiano Ronaldo against Everton in chat with Khabib