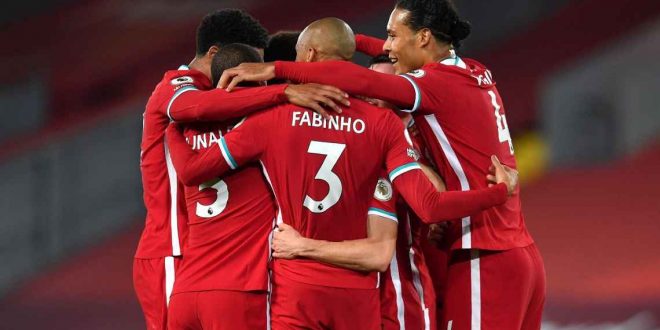 Klopp does at least now have some centre-back cover with new recruits Ozan Kabak and Ben Davies, signed on transfer deadline day earlier this month, available to make their debuts at the King Power for a crucial game in the battle for a top-four finish.

Liverpool have won just three of their last 11 games in all competitions, crashing out of the FA Cup and falling 10 points behind Premier League leaders Manchester City, who also have a game in hand. The defending champions’ first priority is now just ensuring they qualify for the Champions League next season. But third-placed Leicester also have their eyes on that prize and can open up a six-point lead over Klopp’s men with victory.

However, hopes he could return to his usual role for Tuesday’s Champions League last 16, first leg against RB Leipzig have been dashed with the 27-year-old now a doubt.

“Fab will not be available,” said Klopp at his pre-match press conference on Friday. “He suffered again a little muscle issue, so will be out for this game.”

Klopp also confirmed that Portuguese forward Diogo Jota is still two to three weeks away from making his return from a knee injury suffered in December.