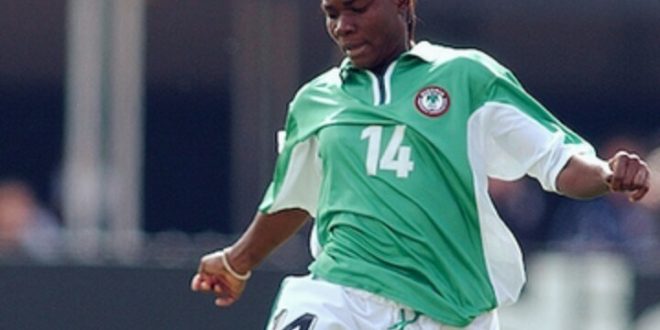 NFF announced Chiejine’s demise on its Twitter handle @thenff, stating that she died on Wednesday after a brief illness at the age of 36.

Chiejine plies her football trade with SSVSM-Kairat Almaty in the Kazakhstani Championship before her death.

She also played for FC Indiana in USA’s W-League, KMF Kuopio and PK-35 Vantaa in Finland and Zvezda Perm in Russia.

The football website can confirm that the former Zamalek player died in London on Thursday morning.

In April 2019, the striker revealed that he can no longer write with his right hand after suffering a stroke over four years ago.

He was remembered for his eye-catching performances for the Black Stars during the 2008 Nations Cup on home soil.

The 40-year-old played for the likes of Nottingham Forest, Zamalek Sheffield Wednesday, Queens Park Ranger, Chicago Fire among other clubs.

Agogo made 27 appearances for Ghana and scored 12 goals.