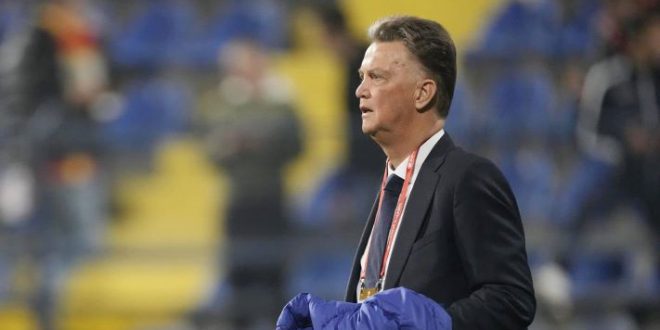 Former Manchester United manager Louis van Gaal has revealed on live television that he is battling an aggressive form of prostate cancer.

The current Netherlands boss made the announcement on Dutch programme Humberto while prompting his new film, LOUIS. Van Gaal’s fight against prostate cancer is featured in the film but the diagnosis had been kept a secret from his players. “In each period during my time as manager of the National Team I had to leave in the night to go to the hospital without the players finding it out until now. While thinking I was healthy. But.. I am not,” the 70-year-old revealed.

Van Gaal is set to lead the Oranje at the World Cup in Qatar later this year and further explained that he has undergone 25 treatments with the hope of beating the illness. “I think you don’t tell people you work with like that because it might influence their choices, their decisiveness,” added Van Gaal, via Voetbal International.

“So I thought they shouldn’t know. You don’t die from prostate cancer, at least not in ninety percent of the cases. It is usually other underlying diseases that kill you. But I had a pretty aggressive form, got irradiated 25 times. Then you have a lot of management to do in order to go through life.

“I did have preferential treatment in the hospital. I was allowed in through the back door when I went to an appointment and was immediately pushed into another room. I have been treated wonderfully. You will of course tell your friends and relatives about it. The fact that nothing has come out yet also says something about my environment. That’s great.”

The acclaimed coach was recently with his Netherlands squad during an international break to prepare for the World Cup which kicks off in November. On Friday, the Dutch were drawn in Group A alongside hosts Qatar, Africa Cup of Nations champions Senegal and South American underdogs Ecuador.

Van Gaal is regarded as one of the greatest coaches of his generation, leading Ajax to back-to-back Champions League finals, winning the competition in 1995. The tactician then went on to triumph with Barcelona and pick up two La Liga titles before taking the Netherlands job for the first time.

Following a brief tenure with his national team, Van Gaal returned to Barcelona for a second spell – but it would only last six months. He then won an Eredivisie title with AZ Alkmaar prior to spells with Bayern Munich and the Oranje again, leading them to a third-place finish at the 2014 World Cup in Brazil. United had already came calling by then, with Van Gaal capping a two-year stint at old Trafford with an FA Cup win. His third spell in charge of the Netherlands began in August 2021.

Charles Igbinidu is a Public Relations practitioner in Lagos, Nigeria
@https://twitter.com/ionigeria
Previous Why I Accepted To Lead Yahaya Bello’s Presidential Campaign – Hafsat Abiola
Next Man who miraculously awoke after being in a coma for 19 years dies a week before his 58th birthday