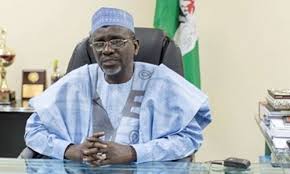 The former Governor of Kano State and Education Minister, Malam Ibrahim Shekarau has denied receiving the sum of N25m from the alleged N950m campaign fund shared at his residence in Kano before the 2015 general elections in Nigeria.

Mallam Shekarau who spoke to the press after his release from the custody of Economic and Financial Crimes Commission (EFCC) in Kano said he is ready to defend himself before any judicial body or court of law.

He explained that somebody mentioned his name among top members of Peoples Democratic Party (PDP) who were given N25m each to campaign for the former President Goodluck Ebele Jonathan.

He said he challenged the person that indicted him before the EFCC operatives to prove the allegation that he collected the money.

He said “I told the EFCC that even if it is one naira that I was accused of collecting, I will not pay until it is proved. Whoever gives me the money should come out and explain where, when and how he gave it to me and anything short of that, I am ready to stay with the EFCC for years until the allegation is proved.”

He said the operatives have searched his house and could not find anything incriminating against him, adding that they have collected his account number for further investigation.

Shekarau said he is ever ready for any investigation and would not mind if the EFCC can trace his financial transactions of 20 years back.

He said he was not above mistake, but he was ready to face any investigation and where found wanting he will defend himself. He said as a politician, the development will turn to blessing to him and his followers, saying this is not a new thing in politics.

The former governor therefore called on his followers to remain calm, noting that as a believer, he must accept destiny be it good or bad. The former governor and top members of PDP in Kano are being investigated over N950m shared at his residence for the 2015 electoral campaigns.