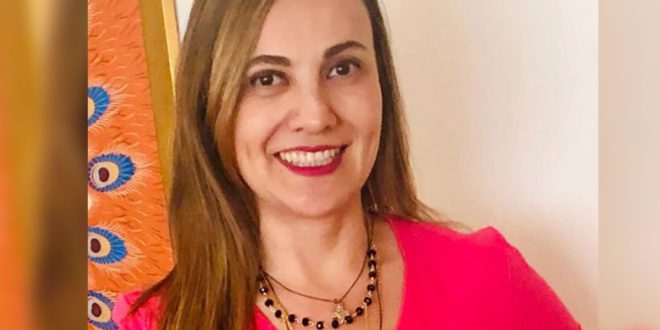 Ex-CEO of Amazon Mexico Paid $9,000 to Have His Wife Killed, Hitman Says 

A former Amazon executive who is the key suspect in his estranged wife’s hit-style murder has been accused of paying $9,000 to have her killed.

Abril Pérez Sagaón was shot in the head and neck by a man on a motorcycle who opened fire through the passenger-side window where she was seated in a car while driving through Mexico City in November 2019.

Juan Carlos Garcia, who was the CEO of Amazon in Mexico when the company opened its first office in Mexico in 2015, is alleged to have paid 180,000 Mexican pesos to two sicarios, or hitmen, to carry out the killing.

He is even alleged to have offered a 50,000 peso bonus – about $2,500 – if she was killed before the couple’s next court hearing in a case she had filed against them. 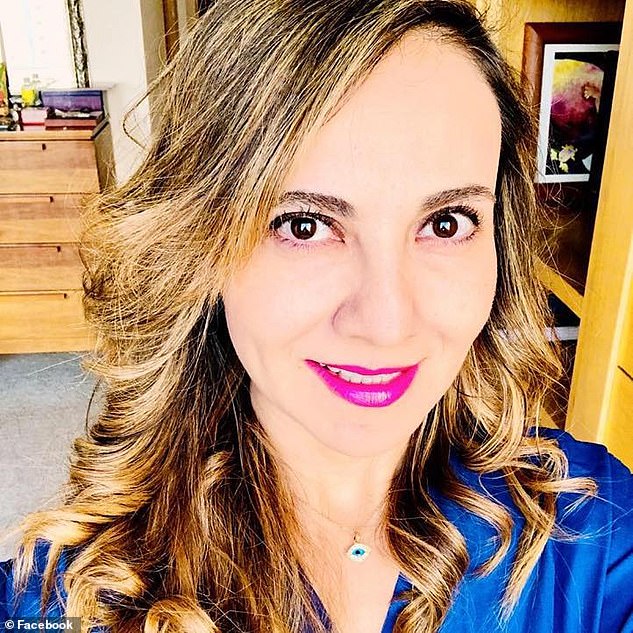 When she was killed, Abril Pérez Sagaón, pictured here in better times, had been trying to prove that her husband had attempted to kill her in January with a baseball bat 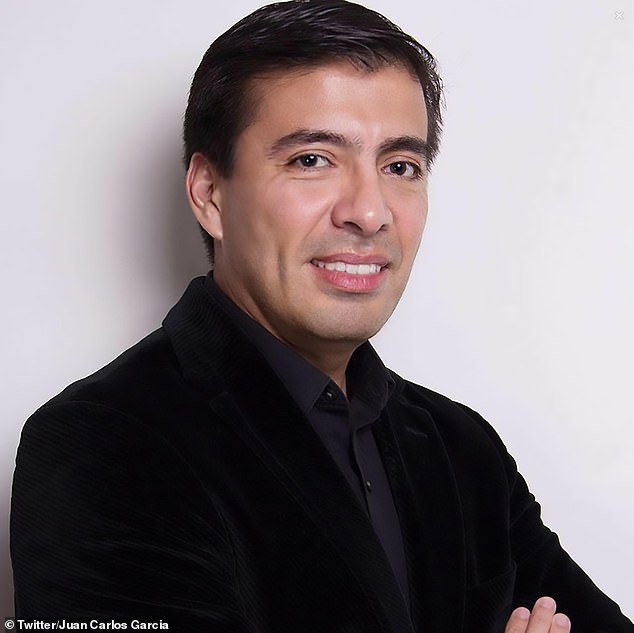 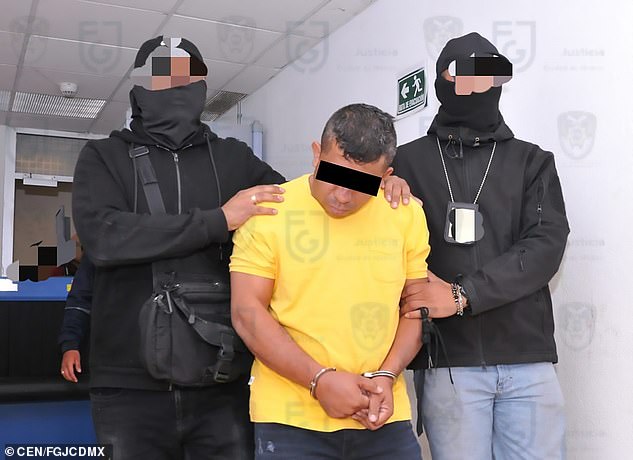 The suspects have been identified as Juan and Rodolfo by the prosecution of Mexico City and were arrested whilst selling marijuana in Iztapalapa, southeast of Mexico City. Image shows Rodolfo 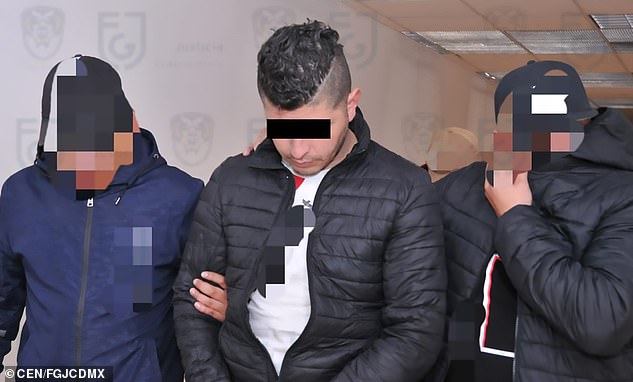 The trial for Pérez’s murder began on Monday with the testimony beginning with that of the alleged hitman who claims Garcia hired him.

Pérez had already accused García of attempting to murder her while the couple were still together.

García fled across the border to the U.S. before the trial began and is still on the run with an Interpol arrest warrant for him in 190 countries.

At the time of her murder, Pérez had a restriction order against García and moved from the capital to the northern Mexican state of Nuevo León.

Following her murder, García wrote a letter to the mayor of Mexico City protesting his innocence.

‘As a father I would have never wanted for my kids to go through something like this, which has affected them and changed our lives,’ García wrote to Mayor Claudia Sheinbaum. 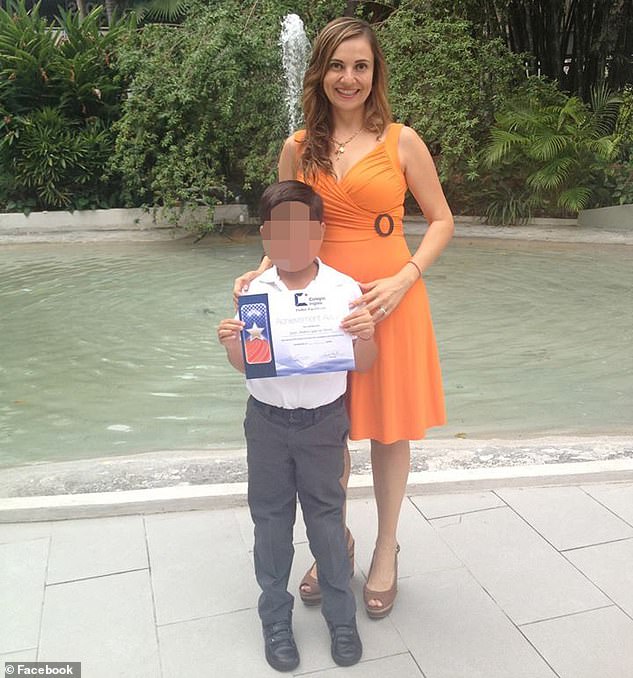 Abril Pérez Sagaón was the mother to three children and was living in Monterrey, Mexico. She was killed while sitting in the back of a car in Mexico City 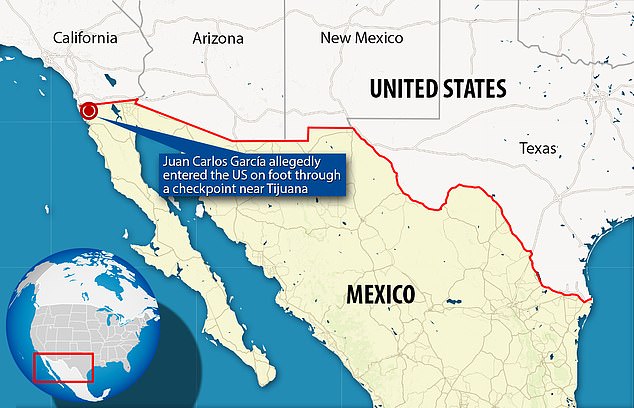 Pérez was killed after she flew from Nuevo Leon to a private hospital in Mexico City to undergo a psychological examination as demanded by a judge in the couple’s case.

When the car she was traveling in had stopped at traffic lights on her way back to the airport, a man walked up to the car and shot her in the head. She died later that night.

Two of her three children and her attorney were with her in the car at the time. They were left unharmed.

Pérez had been the victim of an attack earlier in 2019 that left her close to death.

She had been asleep at the home she shared with Garcia when she was whacked in the head by him as he swung a baseball bat into her skull.

Sagaón’s daughter, Ana Cecilia, later shared horrendous photos of the assault her mother suffered, to show that she had been beaten close to death.

Pérez testified how her cheek she was cut with a sharp object and García tried to strangle her before their son pushed his father away enabling Pérez to escape through an open window.

García was jailed briefly but he was then freed on the basis that there was little evidence that showed he wanted to kill her.

The savage beating was downgraded to domestic violence, sparking outrage over the abuses women regularly face in Mexico.

A family member, who did not want to give their name in a telephone interview with El País, said Garcia’s lawyers were informed she was in the city, so it was possible Garcia also knew.

Doctors were unable to save Sagaón after she was wounded and she passed away six hours after the shooting, the family member tells the Spanish news outlet.

‘The attack was totally directed at her’, says the relative. ‘And the only enemy she had in her life was him’.

Sagaón accused Garcia of femicide, which is when a man kills a woman, and does so on account of her gender.

Following García’s fleeing from Mexico, eight people who were suspected of being connected to Perez’s murder were arrested, including the man who is allegedly to have fired the fatal shot.

‘He had enough money to hire a hitman’, the relatives tells El País. ‘We have no doubt it was him. The way things unfolded, because he already had shown intent, and because we know the way he is’.

Authorities believe Garcia crossed the border on foot at a check point in Tijuana near San Diego into the U.S. days after she was murdered. 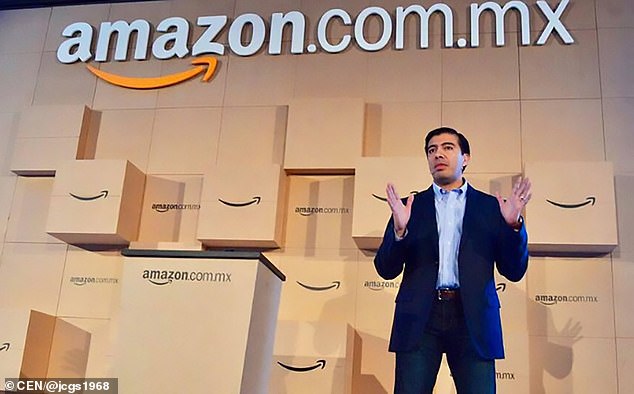 Garcia had been the CEO of Amazon Mexico from 2014 to 2017, and more recently was Global eCommerce and Ominchannel Director at Elektra, a Mexican tech company