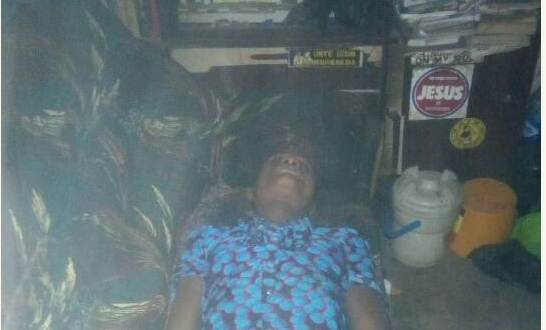 A retired boxer simply known as Everistus must have thought he was in the boxing ring as he did not only ‘ knock out’ his wife but actually knocked the life out of her in what many have called the most brutal domestic violence of the year.

Emerging facts reveal that the poor woman who lost her life to domestic violence was a hard-working petty trader in the local Ekeagbagba market and well loved by all that knew her.

Trouble started when the deceased asked her husband, a purported pastor with a local branch of Our Lord Chosen Church in the town for money with which to cook for the family on Christmas day.

Rather than provide the money, Mr Ezehiri had turned her into a punching bag leading to her instant death.

Following this development, youths from the deceased’s neighbouring village of Amamputu, also in Uli, were said to have descended on Mr Ezehiri’s Country home setting it ablaze.

However, this was not before several charms and idols were discovered in the house of a purported pastor. Most amazing was a moulded human statue clothed with the apron of Our Lord Chosen.