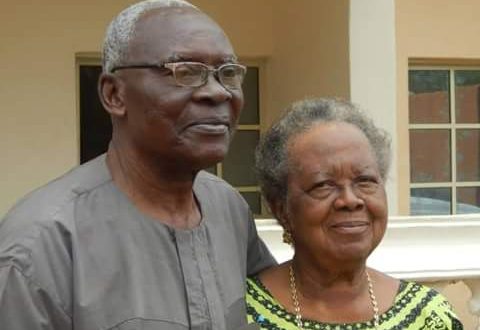 Ogbonnaya Oji, a retired colonel in the Nigerian army, is dead.

Mr. Orji, from Oboro in Ikwuano Local Government Area of Abia State, died on June 20, three weeks after the death of his wife, Christiana, according to information made available to PREMIUM TIMES by his nephew, Ahaoma Kanu, a journalist with National Daily newspaper.

Mr. Orji, who joined the Nigerian army in 1960 as an officer cadet, was later to become one of the major actors of the first military coup in the country in January 1966, alongside the coup leader Kaduna Nzeogwu.

Mr. Orji fought on the side of Biafra during the civil war. He served in the Biafran army as the commanding officer of the 9thBattalion in 1967, Commander 62 Brigade in 1968, principal staff officer, 12 Division in charge of operation and training in 1969, and also as the principal staff officer at the 4th Commando Division in charge of operations in September 1969.

Mr. Orji was trained as an officer cadet at the Nigerian Military Training College, Kaduna. From there, he moved to MONS Officer Cadet School, Aldershot in the United Kingdom to complete his cadet training. He was commissioned 2nd Lt in July 1960.

Previous I’ll Not Contest For Presidency Until 10 Million Nigerians Endorse Me
Next Acting President, Yemi Osinbajo, To Swear In Two New Ministers Today