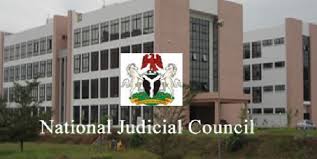 A former President of the Court of Appeal, retired Justice Umaru Abdullahi , says there is need for the National Judicial Council (NJC) to investigate reoccurring conflicting court judgments in the country.

Abdullahi, who spoke with newsmen in Abuja on Sunday, said that conflicting judgments and activities of corrupt politicians had undermined Nigeria’s judicial system.

He decried politicians’ attitude of going to another court to get a new judgment instead of appealing the earlier one if they were not satisfied with it.

“NJC must wade in to address these contradictions; investigate if there is any corrupt undertone in these judgments; arrest the indiscipline and recklessness by some judges.

“Politicians should learn to appeal unfavourable court decisions rather than making unlawful utterances and fomenting crisis.

“Politicians are desperate to win their cases; rather than appeal a particular unfavourable judgment, they approach a similar court with another version of the case in an attempt to mislead the judge resulting in conflicting judgements,’’ he said.

He made references to the recent judgments on Abia governorship tussle and that of the Peoples Democratic Party (PDP)’s leadership crisis.

Abdullahi advised aggrieved parties to petition the NJC if they were not satisfied or felt the need for clarification in the face of conflicting judgments.

He said that NJC acted based on petitions before it. (NAN)

Charles Igbinidu is a Public Relations practitioner in Lagos, Nigeria
@https://twitter.com/ionigeria
Previous Debating ‘Slum Tourism’
Next What Donald Trump would not do