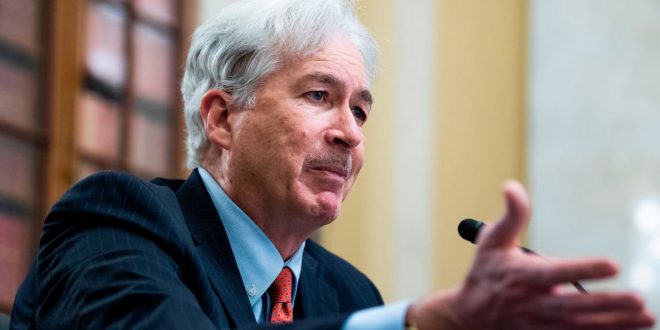 ‘Everything is fine with his health’: CIA Director dismisses reports of Putin being in ill health

CIA Director William Burns shot down speculation about Russian President Vladimir Putin’s ill health, though he said Putin has acted on “some real illusions” in waging war on Ukraine.

Putin’s well-being has been subject of intense scrutiny since the start of Russia’s war with Ukraine after a number of public appearances showing him puffy faced, shaking and unsteady on his feet.

“There are lots of rumors about President Putin’s health, and as far as we can tell, he’s entirely too healthy,” Burns  said in a talk at the Aspen Security Forum, moderated by NBC News’ Chief Washington Correspondent Andrea Mitchell.

Burns was quick to qualify his comments as “not a formal intelligence judgment,” adding that despite his good health, Putin did seem to be operating under flawed assumptions.

“His views have hardened… but he’s got his own way of looking at reality. And as we could see in the first stages of this war, it was based on some profoundly flawed assumptions and some real illusions.”

Unsubstantiated rumors have circulated that Putin is suffering from Parkinson’s disease, cancer or dementia — or that he uses body doubles to mask any weakness.

On Thursday, a Kremlin spokesperson said “everything is fine” with the Russian president’s health, according to Reuters.

“These are nothing but fakes,” the spokesperson said of the rumors about Putin’s instability.

Charles Igbinidu is a Public Relations practitioner in Lagos, Nigeria
@https://twitter.com/ionigeria
Previous US President Biden tests positive for COVID-19 
Next Chelsea owner Todd Boehly to rebuild Stamford Bridge one stand at a time instead of Roman Abramovich’s grand design