England have suffered a potential injury blow on the eve of their Euro 2020 final against Italy after it was revealed midfielder Phil Foden could miss the match.

The Manchester City star, who has started two games during the tournament and came on as a substitute in the victory over Denmark in the semi-final, sat out the final training session at St George’s Park on Saturday.

Gareth Southgate later confirmed the 21-year-old has “a fairly minor foot injury” and is now a doubt for the final at Wembley on Sunday.

The England manager told the BBC: “He’s a doubt. We’ll have to check again but he’s got a fairly minor foot injury. 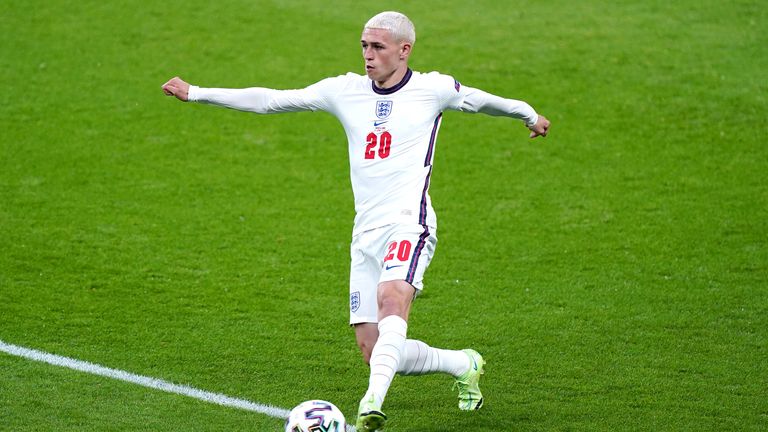 “But it’s just whether it’s going to be one that clears up in time for him to be able to take part in the game, so we’ll have to assess that again later.”

The other 25 members of the England squad trained as normal and all of the players – including Foden – have passed their UEFA mandated PCR tests for coronavirus.

Ahead of their match with England, the Italians landed at Luton Airport on Saturday afternoon and travelled to Tottenham’s training base Spurs Lodge where they are staying.

Some 65,000 fans will be at Wembley for the final, the biggest crowd at a football match in the UK since the start of the pandemic.

The last remaining tickets went on sale on UEFA’s official website at 1pm on Saturday.

Charles Igbinidu is a Public Relations practitioner in Lagos, Nigeria
@https://twitter.com/ionigeria
Previous Oba of Benin disagrees with Governor Obaseki over the return of looted artifacts , says artifacts not Edo govt’s property
Next R&B singer Bobby Brown has a current Net Worth of $2 million – Bounce Mojo