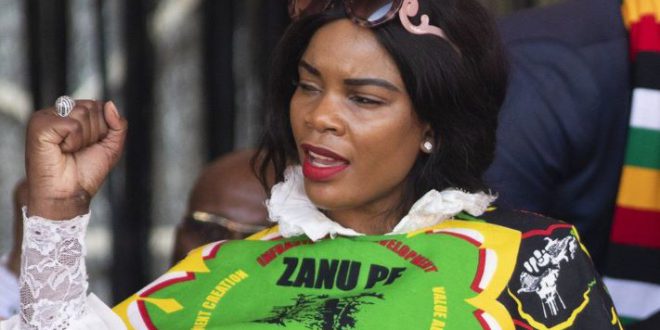 Marry Mubaiwa was remanded in custody in Harare

A Zimbabwe high court has ordered the release of the estranged wife of the country’s vice-president and former military chief.

The decision overturns an order by a lower court to jail Marry Mubaiwa pending an assessment on her mental fitness to stand trial for fraud.

Ms. Mubaiwa accuses her husband, Constatino Chiwenga, who was a key figure in the overthrow of former president Robert Mugabe, of trying to intimidate her in an ongoing divorce and custody battle.

The high court judge described the decision to detain Ms Mubaiwa for 10 days pending a mental assessment as “capricious and arbitrary”.

The former beauty queen is accused of fraudulently obtaining a marriage certificate without her then husband’s knowledge.

She is facing a slew of other charges including attempting to kill her husband and money laundering. She denies all the charges.

Ms. Mubaiwa, who has been wheeled into court on a stretcher bed and displayed large gaping wounds on her body, says she is suffering from anxiety and requires medical treatment abroad.

Previously doctors have given conflicting reports about her fitness to stand trial.

Charles Igbinidu is a Public Relations practitioner in Lagos, Nigeria
@https://twitter.com/ionigeria
Previous TB Joshua’s widow and the battle for his church
Next Brit Awards scrap male and female categories – as music event ‘aims to be as inclusive as possible’