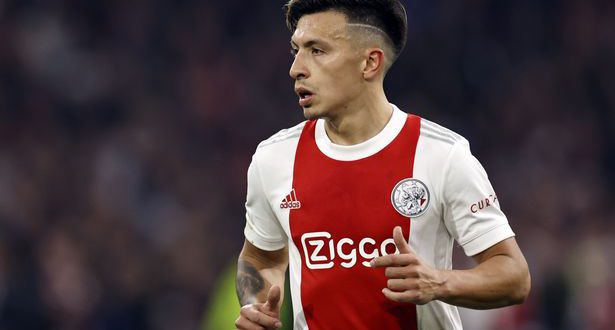 United had identified Villarreal defender Pau Torres as their primary defensive target this summer with the deal said to be ‘discussed and negotiated’ with the player’s representatives, who were planning to go to England to wrap up the transfer.

However, Ten Hag put the brakes on the deal by instead insisting that United move to sign versatile defender Lisandro Martinez from Ajax. The Argentine international identified as a potential target for United after missing out on a deal to sign his teammate Jurrien Timber. Arsenal are also interested in a move for Martinez but are unlikely to be able to offer the same incentives for the versatile player, who is primarily a central defender.

The Gunners first made a move for Martinez last month despite the impressive partnership formed by Ben White and Gabriel last season. A report in De Telegraaf claimed that the Gunners told Ajax they were prepared to offer £25.8million (€30m) for the defender but backed down after being informed that the player would not be sold.

That was the moment when United made their interest in the defender concrete and they have been made aware that Ajax will cash-in on the player should the right bid emerge. As reported by The Times, United have made an offer in the region of £42million (€50m) to sign the player.

Charles Igbinidu is a Public Relations practitioner in Lagos, Nigeria
@https://twitter.com/ionigeria
Previous 2023: Tinubu gives reasons for not choosing a Christian as running mate
Next “I am eager to go. I can tell you it has been tough” – Buhari