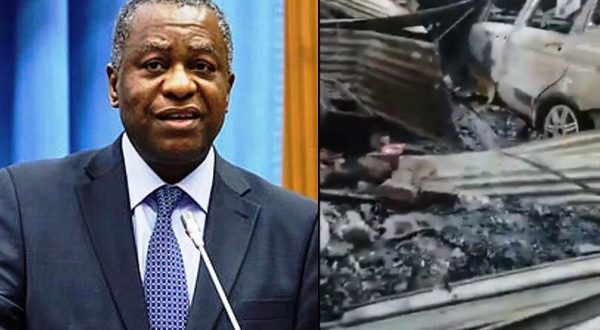 Nigeria’s foreign affairs Minister, Geoffrey Onyeama has reacted to the viral videos of burning and looting of shops and properties owned by Nigerians in South Africa.

LIB had reported earlier that the violent xenophobic attacks meted out on Nigerians by South Africans, pushed some into hiding in bushes.

Reacting to the report and viral videos, Onyeama stated that the Nigerian government will be taking definitive measures over the attacks in which there was no effective police protection.

Received sickening and depressing news of continued burning and looting of Nigerian shops and premises in #SouthAfrica by mindless criminals with ineffective police protection. Enough is enough. We will take definitive measures.

Charles Igbinidu is a Public Relations practitioner in Lagos, Nigeria
@https://twitter.com/ionigeria
Previous EFCC arrests female suspect on FBI list in Edo State
Next 13-year-old girl from Plateau State found stranded after she was taken to Onitsha by a lady