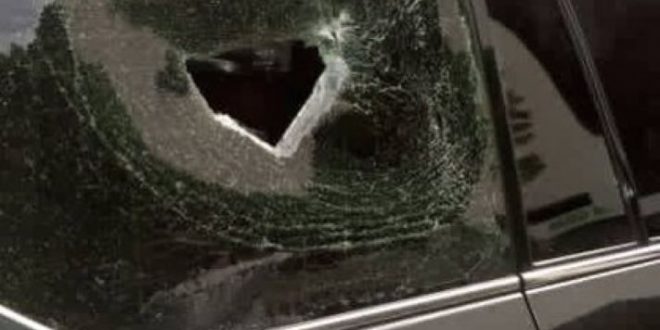 Thugs on Saturday attacked vehicles in the convoy of Osun State Governor, Adegboyega Oyetola, while he was addressing #EndSARS protesters in Osogbo, the state capital.

The hoodlums vandalised some of the vehicles in the governor’s convoy as his security aides ferried him to safety after a stampede.

#EndSARS There was a scary attempt on Governor Adegboyega Oyetola's life by armed thugs on Saturday in Osogbo. MThese are photos and video pic.twitter.com/8E1VUWnMUJ

The Senior Special Assistant to the governor on Media, Mabel Aderonke, confirmed the attack while sharing photos of the vandalised vehicles.

“There was a scary attempt on Governor Adegboyega Oyetola’s life by armed thugs on Saturday in Osogbo,” @MabelAderonkeN tweeted.

#EndSARS This is a video proving that the Governor’s convoy was attacked pic.twitter.com/eIuxEZHwqv

Charles Igbinidu is a Public Relations practitioner in Lagos, Nigeria
@https://twitter.com/ionigeria
Previous Cristiano Ronaldo tells fans to ‘respect but not fear’ coronavirus on his first comment since testing positive
Next  Eko and Marine Bridges in Lagos to be reopen on Monday