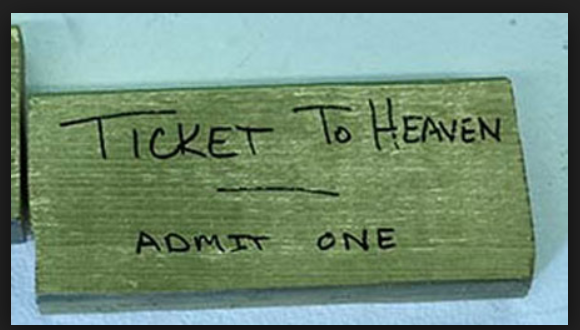 A Pastor in the United States has been arrested together with his wife after he was reportedly caught selling tickets to heaven.

Pastor Tito Wats told thousands of people that it was Jesus who appeared to him, then gave him tickets to people especially sinners so that they could also enter heaven.

“I don’t care what people or the police are saying about me…am being persecuted because of doing the work of God. Jesus Christ appeared to me and gave me the tickets made of pure gold so that i can sell to people that want salvation”, said the pastor courageously.

And thousands of people have protested the pastor’s arrest and called on the police to release him immediately as they were using their own money to buy salvation.

Previous Wow!!! Pastor Fights Black Bear To Save Wife From Death In Canada Camp
Next Panic In Imo Following Murder Of Traditional Ruler In Orlu Community