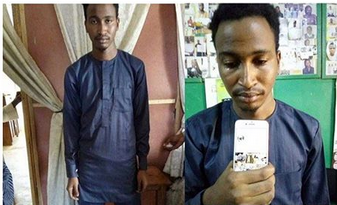 “Emir Of Kano” Goes To Jail, Gets 36 Months Sentence

A Kano Senior Magistrates’ Court on Monday sentenced a 20-year-old student, Sultan Bello, to 36 months imprisonment for impersonating the Emir of Kano, Alhaji Muhammadu Sanusi II.
Bello was tried on a three-count charge of impersonation, cheating and defamation of character and begged for leniency after pleading guilty.

The Senior Magistrate, Hassan Ahmad, him to one year imprisonment or pay a fine of N30, 000 for impersonation. 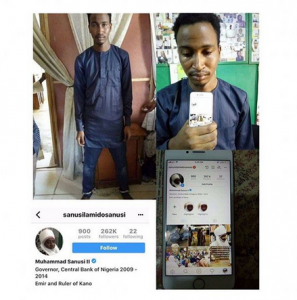 The Judge also ordered the convict to make arrangement with the six nominal complainants on how he would pay them back the sum of N1.85 million he dubiously collected from them.

Earlier, the Prosecutor, Insp. Haziel Ledapwa, had told the court that the accused committed the offences on Feb. 27. He said that the convict operated a verified Instagram page and dubiously posted himself as the Emir of Kano. .

Ledapwa said that the convict collected the money on the pretext that a Hausa film actress, Zubaida Mu’azu, had composed a song for him as the Emir of Kano. He requested the complainants to pay the said amount into the actress’ First Bank account number 3049986447.