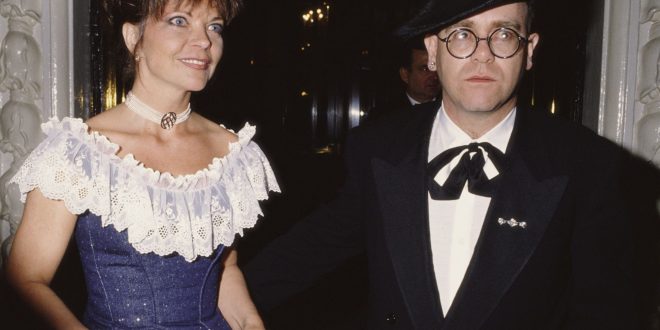 SIR Elton John’s ex-wife is demanding £3million amid claims he broke the terms of their divorce deal.

Renate Blauel, 67, is suing after the star wrote about their four-year marriage in his recent autobiography.

She claims comments in the book, which were entirely positive, broke the terms of an agreement they made when they split up in 1988 and triggered long-standing mental health problems.

Sources close to Sir Elton, 73, say he has had an amicable relationship with his ex, and that the book contains nothing not already in the public domain.

One said: “Elton is shocked and saddened by Renate’s claim, especially as he has only ever praised her publicly.”

Elton met sound engineer Renate in 1983 while working on his Too Low for Zero album.

The pair wed a year later but divorced in 1988.

The court papers state Sir Elton agreed to remove certain passages before publication of the book, Me, last year.

But in one that was published, he admitted regret at “breaking the heart” of Renate.

A source added: “He has always had a very pleasant relationship with Renate, respects her enormously and would never have said anything revealing about their marriage.”

Sir Elton went on to marry David Furnish and has two kids.

His team also said he had not been aware of her health issues.

A friend added: “He very much hopes she will see sense and drop this case.”

Renate previously  sought an in­junction against the star, thought to be over the re­lease of 2019 film Rocketman.