Elon Musk has sold shares on his company’s stock worth $5 billion (£3.73 billion) after promising to abide by a Twitter poll.

The Tesla chief executive had asked his followers whether he should sell 10% of his holdings and 57.9% of the voters supported the sale.

Musk said: “I was prepared to accept either outcome.”

The money generated from the sales – disclosed in two regulatory filings late on Wednesday – will cover tax obligations for stock options granted to Musk in September.

I will abide by the results of this poll, whichever way it goes

It equates to around 3% of his total holdings in the electric vehicle manufacturer. 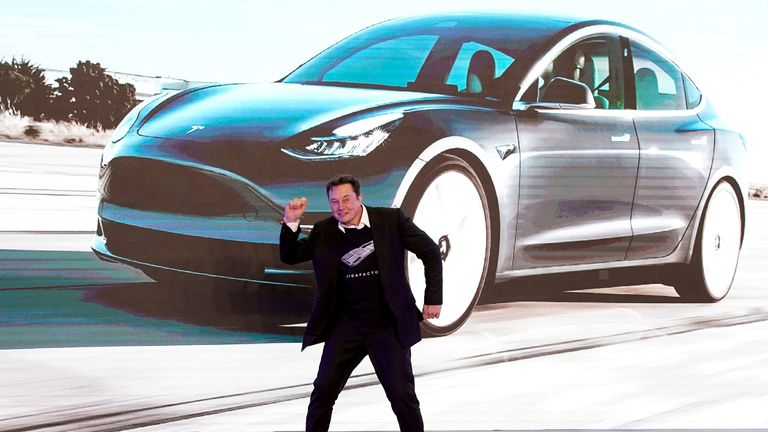 The sale follows a proposal by Democrat US senators to tax billionaires’ stocks and other tradeable assets and end a loophole that has allowed them to defer capital gains taxes.

A tenth of his Tesla holdings is worth around $20 billion (£14.92 billion). Tuesday’s poll caused a sell-off of the stock on Monday and Tuesday.

“The question will be for investors if he sells his full 10% ownership stake over the coming months or is it done piece-by-piece during 2022,” he said.

Including stock options, the tycoon owns a 23% stake in Tesla – which, despite producing far fewer vehicles than conventional rivals – is the world’s most valuable car company by market capitalisation.

It topped $1trn last month, becoming the fifth company to do so after Apple, Microsoft, Amazon, and Google owner Alphabet.

The Twitter poll came after Musk tweeted in 2018 that he had “funding secured” to possibly take Tesla private in a $72bn deal.

Charles Igbinidu is a Public Relations practitioner in Lagos, Nigeria
@https://twitter.com/ionigeria
Previous Clinical trials start for new Ebola vaccine developed by the University of Oxford
Next Woman who was raped by her father as a child speaks out about ‘humiliating’ abuse