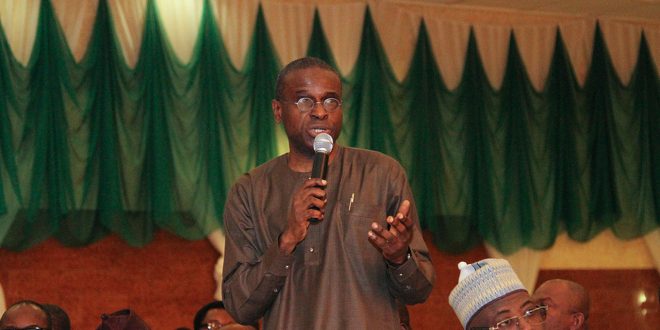 Two thousand mega watts of electricity generated into the national is not distributed to consumers, according to Mr. Louis Edozien, Permanent Secretary, Federal Ministry of Power, Works and Housing.

“The national grid produces about 6,600 mega-watts of electricity from the 750,33KV trading points, but less than 4,600 mega-watts get distributed to the consumers,” Edozien said on Monday in Jos.

Edozien, who spoke at the opening of the 3rd National Council On Power (NACOP) meeting, attributed the situation to inadequate distribution lines and distribution sub-stations.

“Most of the Distribution Companies (DISCOs) do not have adequate distribution lines and distribution sub-stations; we have discussed the need to acquire more of these facilities so as to boost supply to customers,” he said.

While noting that much funds were needed to procure more distribution lines, he regretted that the DISCOs were a bit cash-trapped following most consumers’ inability to pay their electricity tariff.

The official said NACOP meeting would feature robust deliberation on the shortage of the distribution lines and other critical issues bordering on how to deliver available power to consumers.

“The gap must be bridged so that electricity generated and transmitted is optimally used to improve power supply,” he said.

He said that customers’ rising debt profile and issues related to tariff would also be addressed.

The meeting, which commenced on Monday, Sept. 18, will be concluded on Sept. 22, with Mr. Babatunde Fashola, Minister for Power, Works and Housing, among key speakers.