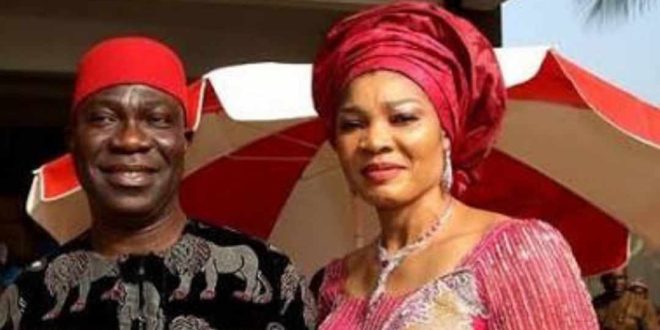 Two sons of Ike Ekweremadu, former Deputy Senate President, were at Uxbridge magistrate’s court in the United Kingdom when their father reappeared on Thursday.

Ekweremadu and Beatrice, his wife, were arrested last week over alleged trafficking and attempt to harvest the organs of an “underaged”.

Although their trial was adjourned till July 7, 2022, it was fast-tracked, according to Channels Television.

The lawmaker’s wife had reportedly asked the court to allow her to appear by his side because she had not seen him since the hearing last Thursday, but the request was declined.

Ekweremadu was remanded in custody as the court argued that he is an influential person, a flight risk and the case involves a child and modern slavery.

The development comes 24 hours after Senate President Ahmad Lawan announced that the Federal Government had hired lawyers to defend the Ekweremadus.

Lawan also announced that a delegation would meet with the Ekweremadus in London over the trial.

The former lawmaker’s travail began when he tried to get a kidney donor for his daughter who is sick.

According to prosecutors, the former deputy senate president brought in a minor from Nigeria for that purpose.