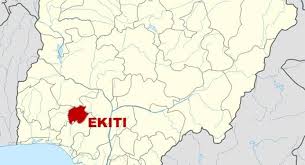 At least three persons, including a policewoman, have been killed in the ongoing by-election in Ekiti East Constituency (i) of Ekiti State House of Assembly.

The seat became vacant in February following the death of Juwa Adegbuyi, who represented the constituency.

The gunmen were said to have attacked voters and electoral officials but Olujimi’s security aides reportedly whisked her to safety.

From Olujimi’s polling unit, the armed men were said to have moved to other polling units were they disrupted the exercise.

Five persons, who sustained injuries in the attack, are said to be receiving treatment at an undisclosed private hospital.

The ruling All Progressives Congress (APC) and the Peoples Democratic Party (PDP) have been trading blames for the incident.

Dr. Adeniran Tella, the Ekiti State Resident Electoral Commissioner, had earlier assured residents that the election will be fairly conducted.

He had advised all political actors to play according to the rules.

Charles Igbinidu is a Public Relations practitioner in Lagos, Nigeria
@https://twitter.com/ionigeria
Previous Ganduje speaks on Dollar videos, declares them fake, aimed at stopping his re-election Them
Next I won’t support Jonathan in 2023 if he runs in APC , says Wike 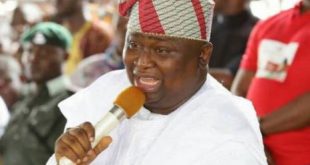