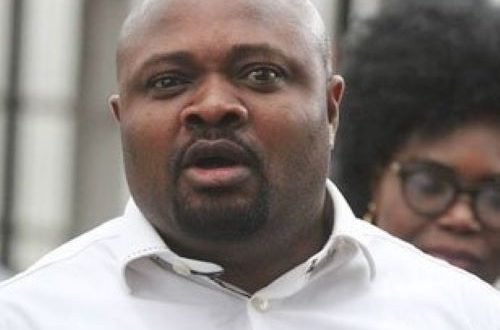 The Economic and Financial Crimes Commission, EFCC, has vowed to appeal the judgment of the Federal High Court sitting in Ikoyi, Lagos that discharged and acquitted a former Senior Special Adviser to former President Goodluck Jonathan on Domestic Affairs, Waripamo-Owei Dudafa, and a banker, Joseph Iwuejo, who were charged with N1.6bn fraud.

The Commission is studying the details of the judgment and will approach the appeal court immediately.

The defendants were arraigned on a 22-count charge bordering on money laundering, conspiracy and concealment to the tune of N1.6bn.

They pleaded not guilty to the charge preferred against them, thereby leading to their trial.

Parties in the trial had, on Wednesday,

In his judgment today, Thursday, August 29, 2019, Justice Muhammed Idris held that the prosecution, through his counsel, Rotimi Oyedepo, failed to prove the charges against the defendant beyond reasonable doubts.

The Judge also held that, “the prosecution did its best, but it failed to conclude investigation before going to court.”

Justice idris, in his further judgment, dismissed the entire 22 counts against Dudafa and Iwuejo, discharged and acquitted them

Charles Igbinidu is a Public Relations practitioner in Lagos, Nigeria
@https://twitter.com/ionigeria
Previous EFCC arrests 4 over Obasanjo’s $16b power projects
Next Pope gets stuck in Vatican elevator, firefighters rescue him