EFCC Goes After Gov. Ortom, Accuses Him Of N22bn Fraud

The Economic and Financial Crimes Commission has linked Governor Samuel Ortom of Benue State to an alleged fraud to the tune of N22bn.

The allegations are contained in a report of an investigation which began in 2016 but was made available yesterday July 30th.

According to the report, between June 30th 2015 and March 2018, Governor Ortom ordered the withdrawal of N21.3bn from four government accounts in Guaranty Trust Bank, First Bank of Nigeria and the United Bank for Africa. On paper, about N19bn out of the money was said to be meant for the payment of six security agencies that had been deployed in the state to address the incessant clashes between herdsmen and farmers. However, the EFCC stated that less than N3bn of the money was paid to the security agencies while the remainder could not be accounted for.

“We investigated four bank accounts belonging to two Benue State Government’s agencies. The first agency is the Benue State Government House which has an account in UBA with number 1017348051 and another account in GTB with number 0027952907. These accounts received N1, 916, 635, 206 from the state’s allocation between June 30, 2015 and March 2018.

“The second government agency is the Bureau of Internal Affairs and Special Services. The agency has an account with UBA with number 1007540119 and a First Bank account with number 2023788057. Between the same period, the accounts were credited with N19, 468, 951, 590 from the Benue State allocation.” the report read

One Oliver Ntom, according to the report, withdrew over N19bn from the account of the Bureau of Internal Affairs and Special Services based on the instructions of the Permanent Secretary, Boniface Nyaakor and the funds which was allegedly withdrawn under the pretext of security votes, was said to have been diverted while the memos written in respect of the withdrawal were destroyed.

The anti-graft agency said the funds being spent were not in the budget of the Benue State Government. It further accused the governor of failing to pay salaries despite withdrawing N1.328bn from the Joint State Local Government Account in Fidelity Bank with number 5030058730.

“Investigations revealed that one John Bako, a member of one of the security outfits in Benue, withdrew N28m while one Andooi Festus, believed to be a cashier from the Bureau of Local Government and Chieftaincy Affairs withdrew N1.3bn. They have been invited.”

Meanwhile, the EFCC has invited 21 out of the 30 lawmakers in the Benue State House of Assembly for allegedly diverting part of the N375m meant for the procurement of vehicles in 2016. The agency said the Benue State Government had in 2016 awarded a contract worth N417m (N375m after tax) to Mia-Three Nigeria Limited to procure 30 Prado TXL vehicles for the lawmakers. However, only eight members received the vehicles while the others diverted the funds.

“About 21 of the lawmakers are under probe. However, 25 of the lawmakers have returned all the money they received which adds up to N245m. Four others have failed to return the remaining sum of N31m.” the report reads

The Benue state governor who recently defected from APC to PDP, is yet to react to this recent development. 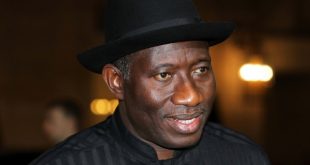