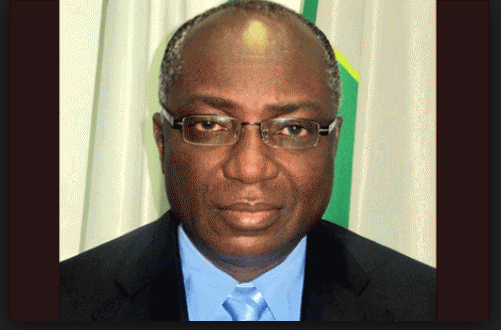 The Economic and Financial Crimes Commission, EFCC, have arrested former Director-General of the Department of State Services DSS, Ita Ekpenyong.

He was arrested after his home located on number 46 Maman Nasir Street, Asokoro in Abuja was raided by operatives of the antigraft agency.

Ekpenyong is being investigated for his alleged role in the $2.1 billion arms deal fraud that happened in the Goodluck Jonathan administration.

EFCC operatives said the raid was on the instruction of the acting president Yemi Osinbajo after his meeting with the acting Chairman of the EFCC, Mr. Ibrahim Magu, and the new DSS boss, Matthew Seyifa, today.

Previous After 4 Yrs Of Waiting, 44-Yr-Old Woman Delivers Quintuplets In Anambra
Next Ronaldo in intensive care with pneumonia