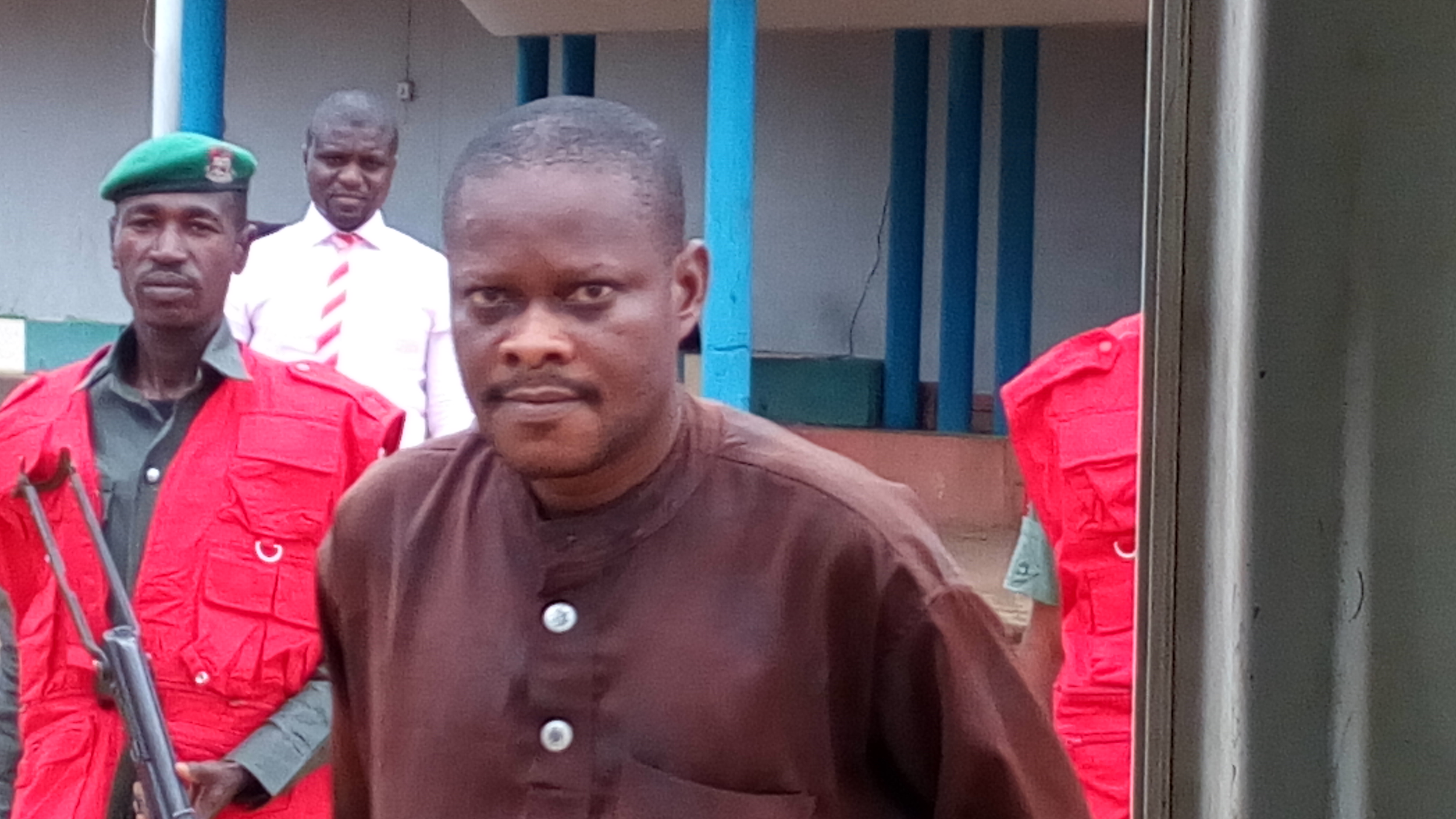 The Economic and Financial Crimes Commission, EFCC, on Monday, June 27, 2016 arraigned one Pastor Moses Oluwapelumi Iduye before Justice M. O. Ishola of the Oyo State High Court sitting at Ibadan on a 10-count charge bordering on obtaining by false pretence and forgery.

Moses, who claimed to be a pastor was arrested by the anti-graft agency sequel to a petition alleging that he collected over N1.2million (one million, two hundred thousand naira) from one Adeyemi Ronke Bola under the pretext that he would help her to secure traveling documents, but later gave her fake airline ticket and visa.

The accused pleaded not guilty to the charges preferred against him.

One of the counts reads:

“That you, Moses on or about the 8th of September, 2014 at Ibadan within the Ibadan Judicial Division obtained the sum of N400,000 (Four Hundred Thousand Naira) from one Ronke Adeyemi Bola under the false pretence that the money represented part payment of the cost to help the said Bola Adeyemi secure a visa to travel abroad and which pretence you knew to be false”.

“That you, Moses Oluwapelumi Iduye sometime in the month of December, 2014 at Ibadan within the Ibadan Jurisdiction obtained the sum of N548,000 (Five Hundred and Forty Eight Naira) from one Ronke Bola Adeyemi under the false pretence that the said money represented the cost of securing Quartar’s Emirate Airline ticket to travel to Trinidad and Tobago by the said Bola Adeyemi and which pretence you knew to be false’.

In opposing the bail application, Ojo said, “this court, being a court of record, should ask counsel to the defendant to file formal application for bail in order for the prosecution to show to the court why the defendant should not be granted bail.”

He further urged the court not to look at the amount involved on the face value but consider count 9 of the charge which has to do with forgery.

According to him, “forgery is a serious offence under the law particularly when it involves foreign nation. The image of our dear country is at stake.

Justice M. O Ishola, after listening to the arguments of both counsels ordered the defence counsel to file formal bail application and thereafter, adjourned to July 12, for further proceedings.

The defendant is to be remanded in prison custody.