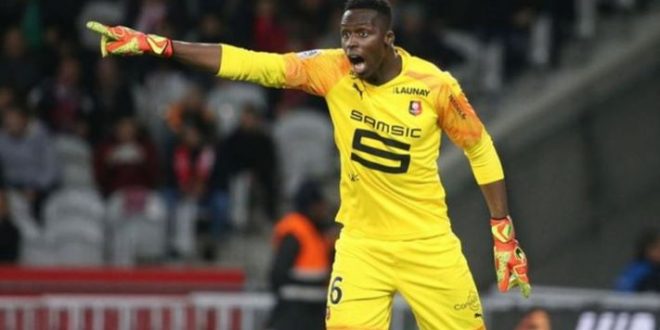 Chelsea have handed Reece James a new bumper deal and will now turn their attention to other stars including Edouard Mendy, who has reportedly turned down the club’s first offer

The Blues signed the Senegal international back in 2020 and quickly usurped Kepa to become the undisputed No.1 at Stamford Bridge. Mendy helped his new side to the Champions League in his first season and was named as UEFA and FIFA’s Goalkeeper of the Year in 2021.

However, he remains one of the club’s lowest earners and bosses are keen to negotiate new terms with his current deal expiring in 2025. But the Evening Standard report an opening offer – which was inferior to Kepa’s £190,000-per-week – was rejected.

Kepa, who remains the world’s most expensive goalkeeper after his £71.6million transfer four years ago, was close to leaving the Premier League giants after making just 10 appearances in the top flight last term.

But after opting to stay, there is a growing clamour for him to come back into the starting line-up with Mendy enduring the first bad patch of form in his Chelsea career. Thomas Tuchel’s side have conceded nine times in six games and made a high-profile error during their heavy defeat at Leeds United.

He was also fortunate that his mistake in the closing minutes of the win over West Ham wasn’t punished, when Maxwel Cornet’s goal was controversially disallowed. But Tuchel has refused to condemn his keeper, instead suggesting that he is simply going through a run of bad luck.

“First, we deal with the players and then we tell you how we dealt with it,” Tuchel said. “It’s [goalkeeper] like I say, a very sensitive position in football in general.

“And not everything is about pure quality and decision making, it’s also about the feel, that you feel the confidence. Sometimes it’s also having luck as well.

“Somebody sent me an interesting quote about Napoleon, who asked his generals that they should not only have the best quality but also that they are lucky generals. This is also what you need from leaders and goalkeepers, and that they have a kind of momentum in which if they make a little mistake it’s not punished.

“He at the moment gets punished a lot for not a lot that he does wrong. But there are no doubts in my mind, the situation is calm, we have two fantastic goalkeepers, two fantastic guys. We are aware of it that he is in that kind of situation but first, we deal inside.”

Chelsea begin their Champions League campaign on Tuesday night when they take on Dinamo Zagreb in the Croatian capital and Tuchel has hinted that Kepa is ready and waiting to start, should he get the nod.

On Kepa, the German boss added: “He checked his options [in the summer] which we were aware of. They were not satisfying for him or for us, so he stayed. I am very happy about that.

“I was always very clear with him that I wanted him to stay. And from my point of view, he’s absolutely ready to play. It’s on us if we give him the chance or not but he’s 100% ready given how he behaves and how trains.”