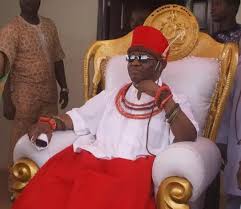 Sequel to the shift of Edo State governorship election to September 28 by the Independent National Electoral Commission (INEC), the coronation of the new Oba of Benin has been moved to October 18, 2016.

ionigeria.com, authoritatively gathered that the coronation had earlier been scheduled to hold on September 26, more than two weeks after the governorship election would have taken place if the earlier date of September 10 had been adhered to.

The earlier coronation date, according to Palace sources was fixed with the governorship election date in mind, unfortunately, the Palace was not consulted when a new date for the election was being considered.

The decision to shift the coronation date was taken by the Palace so that the Benins and Edos in general will not be distracted.

Our investigation further revealed that excitement for the coronation is at fever pitch as all hands are on deck to ensure a very successful event.

However, additional costs are being incurred as a result of the postponement. New invitation cards with new the date have to be printed, massive tents that were already being installed at different locations have to be pulled down. Some corporate organisations that have printed event specific banners with dates also have to reprint the banners.

Charles Igbinidu is a Public Relations practitioner in Lagos, Nigeria
@https://twitter.com/ionigeria
Previous Edo election postponement: Shameful and unconstitutional – PDP
Next Buhari, Nigerians are tired of blame game, it is time for work