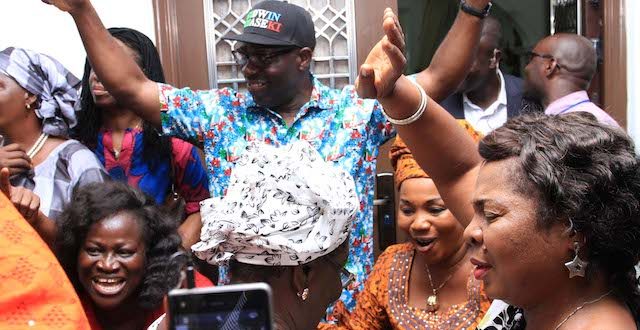 The Peoples Democratic Party (PDP) and its candidate in the 2016 Edo governorship poll, Mr Osagie Ize-Iyamu, said in Benin City on Friday that the judgment of the Election Petitions Tribunal which dismissed their petition was unacceptable.

Ize-Iyamu told party leaders and supporters at a forum attended by the state chairman, Chief Dan Orbih, that the judgment would be appealed at a higher court.

“From the snippets I heard, the tribunal’s judgment cannot stand in the higher courts. This case must be pursued up to the Supreme Court, ” he said.

The three-man tribunal led by Justice Ahmed Badamasi on Friday dismissed the petition filed by Ize-Iyamu and the PDP for lack of credible evidence to prove their case.

The tribunal, therefore, upheld the election of Gov. Godwin Obaseki of APC.

Ize-Iyamu and the PDP had challenged INEC’s declaration of Obaseki as the winner of the Sept. 28, 2016 election.

Orbih thanked their supporter and assured them that the “journey ahead would be shorter.”

“I want to thank God that we have all been able to reach this part of the journey. What gladdens my heart is that God will vindicate us in the long run.

“Do not be dismayed. We are still hoping for your support. I urge you all to be calm and refrain from being provoked.

“We reject the judgment of the tribunal; it is not acceptable to us and we have told our lawyers to appeal the judgment as the issues raised in the petition were not addressed by the tribunal,” he said.

Charles Igbinidu is a Public Relations practitioner in Lagos, Nigeria
@https://twitter.com/ionigeria
Previous El-Rufai: I was not banned from Aso Rock
Next $43million, £27,800 pounds and N23 million recovered by EFCC belong to Amaechi – Fani-Kayode