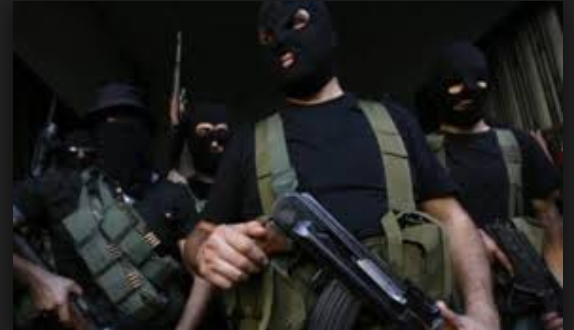 Osigwe said the gunmen attacked when members of his family were celebrating the birthday party of one of his sons.

He accused the All Progressives Congress (APC) of being responsible for the attack as he said he had got wind of the incident and had petitioned the Inspector General of Police and the Commissioner of Police.

The Divisional Police Officer, Afuze Division Oladikupo Olawale confirmed the incident and said he was in the area to ensure peace and no reprisal attacks.

Osigwe said on the phone “I was told of plans to assassinate me before the election but not when and how it will happen, they didn’t know. I had written a petition to the IGP and the state Commissioner of Police when I learnt of this, but nothing was done about it until his very moment this happened.

“I am not scared of anybody and I know nothing will happen to me and my family. The question however is, is this how to play politics.

“You can imagine what would have happened; my son’s birthday is today and my family and few friends were in the compound celebrating when the people came to shoot at everything on sight.

However, reacting to the allegation that APC members must have been responsible for the attack, the Secretary of the APC Campaign Council and former Deputy Chief Whip of the House of Representatives, Pally Iriase denied the allegation and pointed out that Osigwe himself had led various violent attacks against the APC members in the past few months.

The immediate Deputy Chief Whip of the House of Representatives said “APC could not have been responsible since they were all involved in the ward to ward campaign of their governorship candidate that betted in the council area Tuesday.

“Of what motive would APC attack him? He has been the purveyor of violence, especially since the campaigns began, he has personally led boys to attack and maim APC members in the locality.

“Was it not the same person who led boys to destroy canopies and chairs set up for the ward to ward campaign today around the council area?

“He may have done this to himself to hype himself because he knows he is losing,” Iriase stated.