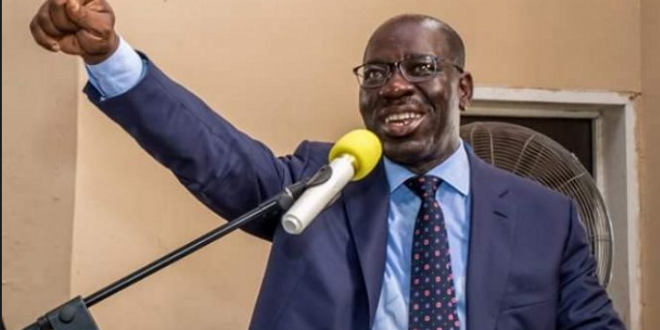 Governor Godwin Obaseki has formally joined the Peoples Democratic Party (PDP) after his recent resignation from the All Progressives Congress.

The governor made the announcement on Friday at the Party’s Secretariat in Benin City, the Edo State capital.

He was received by the leadership of the party led by the state Chairman of the PDP, Hon Tony Aziegbemi.

Also, the PDP announced the defection on its verified Twitter handle, saying, “The Governor of Edo State, H. E. Governor Obaseki has defected to our great Party, the @OfficialPDPNig. The declaration was made this afternoon at the state Secretariat of our party in Benin city, Edo State. Power to the people.”

In the video that accompanied the tweet, Obaseki made his declaration to all Nigerians “within the state and across the country, to become a member of PDP.