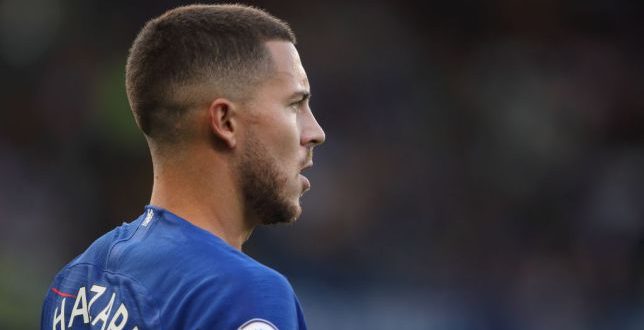 Eden Hazard’s decision over whether to sign a new Chelsea contract worth a reported £300,000-a-week will rest on whether the club reaches next season’s Champions League, The Times report.

The Belgium international indicated during the summer he could leave Stamford Bridge but the arrival of Maurizio Sarri as manager eventually led to him staying.

Hazard’s current deal runs until 2020 and Chelsea are keen to extend that agreement to put Real Madrid off reigniting their interest in the 27-year-old.

The Daily Mail understand Hazard is interested in a move to either Real or Barcelona and remains keen on playing in Europe’s premier club competition.

But the former Lille winger is in no rush to sign new terms and is now braced to enter the final 12 months of his current deal before committing his future to the west Londoners. Indeed, Hazard’s future at Chelsea appears to rest on the club finishing in the Premier League top four though the early signs are encouraging.

Victory at Huddersfield Town on the opening weekend was followed up by a 3-2 win over Unai Emery’s Arsenal thanks to a late Marcos Alonso winner.

The Blues are among six sides to have made a 100% start to the new season, along with defending champions Manchester City, Champions League runners-up Liverpool and last season’s third place side Tottenham Hotspur.

Furthermore, the new expansive tactics deployed by Sarri has swelled optimism around the club though it remains to be seen whether their early season form can be sustained.