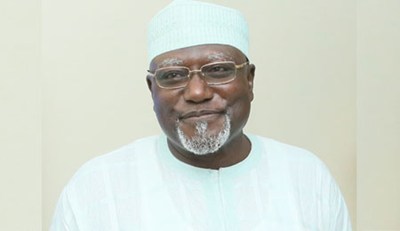 DSS to ethnic jingoists: We are coming for you

The Department of State Services (DSS) has warned all ethnic groups in the country against misinformation and hate speeches, saying they are capable of causing disunity.

Spokesman Mr Tony Opuiyo,  warned that the service would stop at nothing to deal with any group found culpable,  in line with its mandate.

On June 6, a coalition of Northern youth groups rose from a news conference in Kaduna where it issued an ultimatum for Igbo  living in the North to leave before Oct. 1.

The coalition also ordered people of Northern extraction living in the South Eastern part of the country to return to the North.

In response to the quit notice issued to the Igbo, a coalition of Niger Delta militants asked the Federal Government to return all oil blocks owned by northerners to oil producing communities.

Opuiyo said: “This development has been followed by a release from an unknown source styled, Niger Delta Watchdogs, threatening all Northerners to quit Niger Delta region.

“Meanwhile, another group went to the extent of harvesting from the internet, a horrific accident scene, for the purpose of making it look like a site of massacre of Igbo ethnic group by Northern youths. However, the Service has been able to establish that the purported murder scene being depicted as a field of massacre was a high casualty accident scene which occurred along Owo-Akure road, Ondo State, on 3rdMarch, 2016.”

The DSS has therefore advised all those “charting the course of disunity among Nigerians to desist from their divisive actions.

“Those involved in these misleading and despicable acts have since been warned to desist from anything capable of causing disaffection and stoking nationwide tensions”, Opuiyo said.

“The service is also not oblivious of the efforts of some miscreants to ignite fear and cause ethnic tensions across the country,’’  he said.

Opuiyo stated that the service condemned in its entirety the issuance of a quit notice to any group of Nigerians.

“Such relocation order is not only illegal, but strongly viewed to be against the spirit of our constitution, which allows for freedom of movement and association, among other things.

“The service has already commenced detailed investigation to get the perpetrators of these hate campaigns as well as their sponsors.

“At the appropriate time all those involved in these condemnable acts will be unmasked and decisively dealt with in line with the laws of the land.’’

The agency advised law-abiding citizens to disregard persuasions by these tribal groups to cause disaffection.

The DSS assured Nigerians that the service would not leave any stone unturned in ensuring that those bent on causing a breakdown of law and order were not spared.