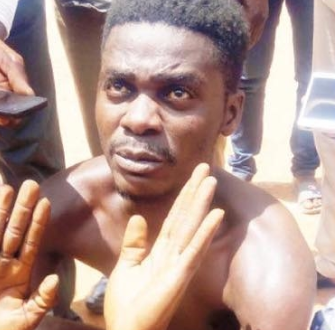 A 32-year-old man has been arrested by the Nigeria Security and Civil Defence Corp (NSCDC) in Nasarawa State for allegedly beating his mother to a state of coma.

The Commandant of NSCDC in the state, Muhammed Gidado Fari, said the suspect, Obey Samuel, was arrested for beating his biological mother “without any provocation.”

Samuel however denied the allegation. He said, “I did not beat her but I know that when I came back from a night club at that time I was drunk I just locked her up in her room.”